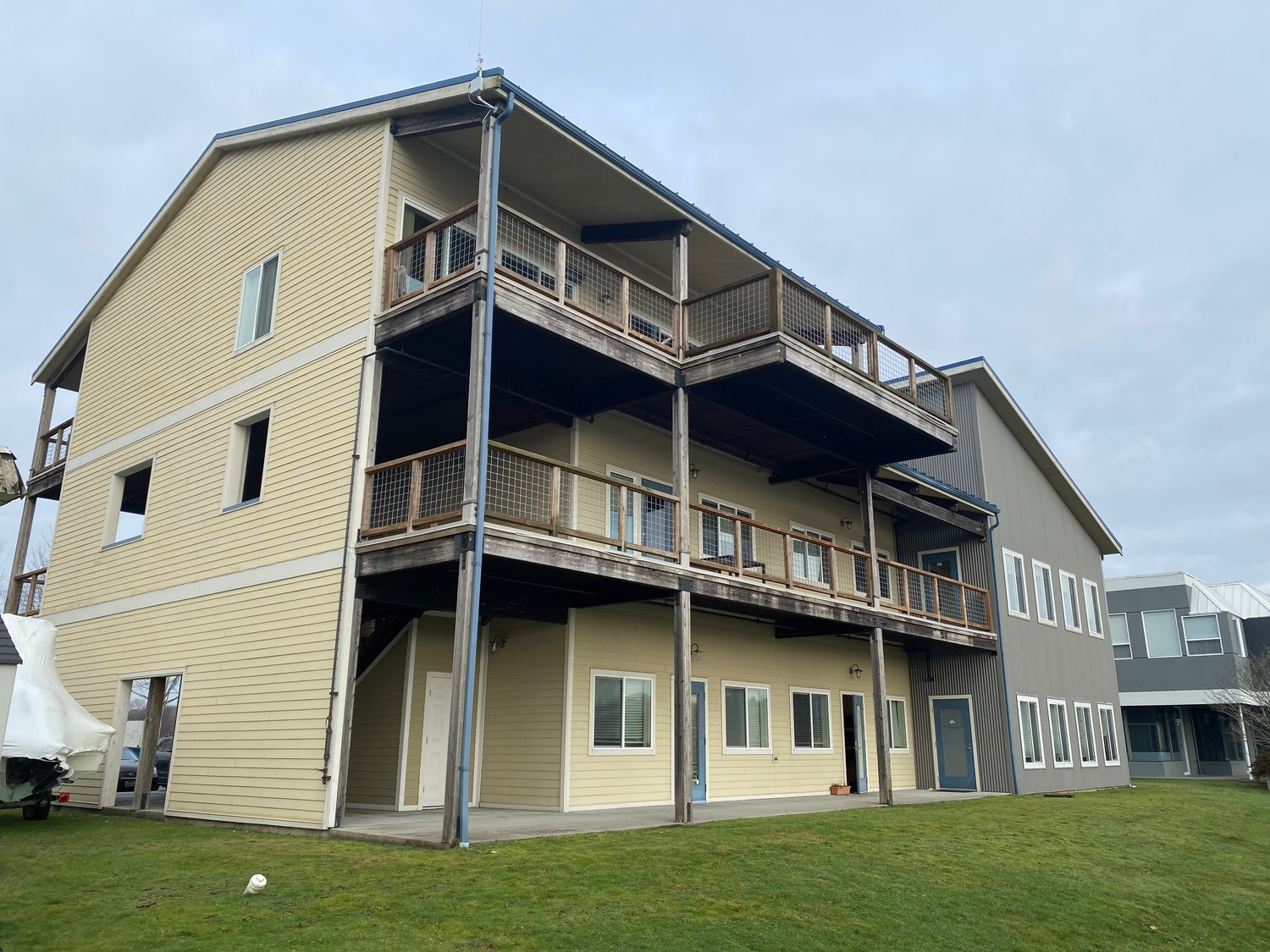 (Ed note: In the interest of transparency, Pat Grubb and Louise Mugar own The Northern Light building at 225 Marine Drive and are co-publishers of Point Roberts Press Inc.)

Port of Bellingham commissioners voted 3-0 to deny a lease modification request for a Blaine Harbor property that would expand its residential units and make it consistent with the city of Blaine’s zoning policy. Commissioners argued expanding residences could set a precedent to gentrify the port’s working waterfront.

During their January 4 meeting, port commissioners denied the request of Pat Grubb, owner of The Northern Light building at 225 Marine Drive and publisher of Point Roberts Press Inc., to modify the lease to allow for residential units in up to 30 percent of the building. The residential units would have only been allowed on the three-story building’s second and third floors, while the ground floor would remain designated for commercial, retail and office uses.

Grubb had first requested commissioners consider the lease modification during the public comment portion of the November 16, 2021 port meeting. Grubb told commissioners that a buyer was interested in purchasing the building but wanted the ability to include residential use above the ground floor. The unnamed buyer intended to invest millions of dollars to build out the building and add a restaurant on the ground floor, he said.

Grubb and Louise Mugar purchased Jim Jorgensen’s salmon fishing charter building next to the Blaine Harbor office in 1995 and spent $1.6 million to construct an adjacent three-story building in 2006.

Bellingham resident Doug Karlberg spoke during the January 4 public comment about his concern of residential units gentrifying the harbor.

“If the Port of Bellingham decided to rent out all of their property to condominiums and that kind of thing, are you still a port? That’s a fundamental issue you have to struggle with,” he said. “Ports are a very special thing. It’s a small amount of land that has incredible value.”

Working Waterfront Coalition government relations chair Jim Kyle said he too was concerned about gentrification but Blaine harbor land is protected by a policy (Resolution 1396) adopted November 3, 2021 that would preserve most port water-adjacent property for marine businesses and trades and prohibit other uses. The policy reserves all of Blaine harbor for marine trades except for the land occupied by The Northern Light and Kam-Way Transportation buildings. Kyle said commissioners could also add a policy preventing additional residential units on port property.

In 2007, the city of Blaine and the Port of Bellingham adopted the Blaine Wharf District Master Plan, a mutually developed long-term plan that establishes public policy and development for the harbor area and remains the official policy of both the city and the port. The Northern Light building is located in the Mariner Village zone, the area east of the harbor office. The master plan allows for residential use above the ground floor in that zoning area.

“I don’t understand why you say you don’t have to follow Blaine zoning when your agency was one of the agencies that came up with this,” Grubb said during the November 16 meeting.

Port of Bellingham executive director Rob Fix said an allowed use doesn’t mean the commission has to make a change in its property leases.

During the vote, commissioners said their decision didn’t come lightly and explained their reasoning for voting against the lease amendments. Commissioners Bobby Briscoe and Michael Shepard voiced concern about potential gentrification of the harbor, while commissioner Ken Bell said his decision was based on the integrity of the lease contract.

“I don’t believe residences belong on our working waterfront areas. The port of Bellingham does not have enough commercial property. We’re outgrowing what we have rapidly,” Briscoe said. “Once the door is cracked, it gets pushed open further and further and further. And that’s not what I’ve been entrusted to do.”

Blaine city manager Michael Jones voiced concern over the port’s decision during the January 10 city council meeting. Neither Jones nor city planning director Stacie Pratschner were aware of the port’s new land-use policy before it became official on November 3. The city, in fact, had written the port commissioners expressing its support for the proposed change in use clause in The Northern Light’s lease.

Councilmember Richard May said he fought for the zoning policy for a decade on the planning commission.

“This is troubling because that is inconsistent with the city’s Wharf District Master Plan and our zoning,” Jones told council.

“We have concerns, myself and the planning director, that the port commissioners are taking action inconsistent with our mutually-adopted plan and that is something that will definitely require conversations and coordination with the port in the coming months.”

Anonymous threat that locked down Blaine schools under investigation