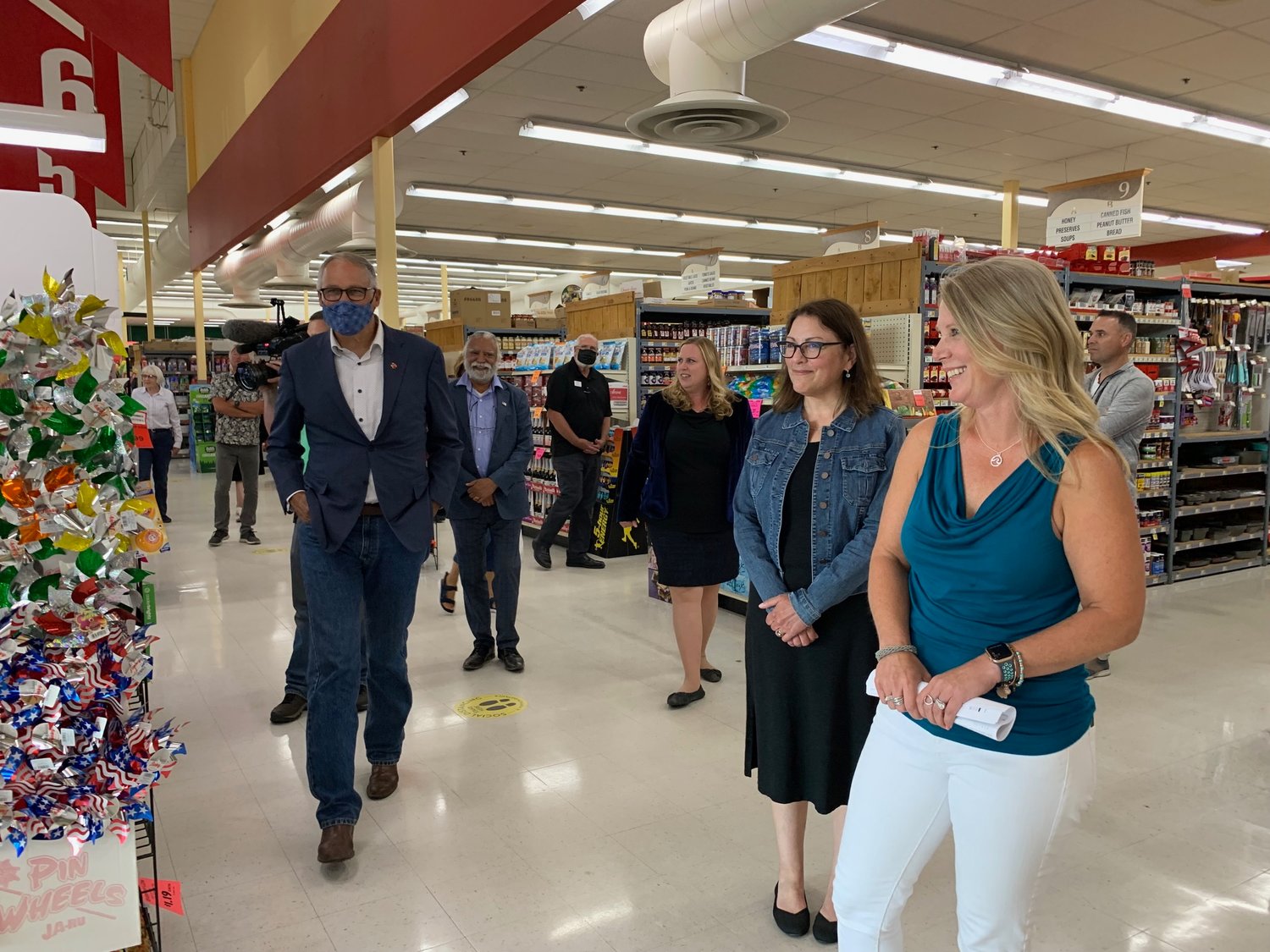 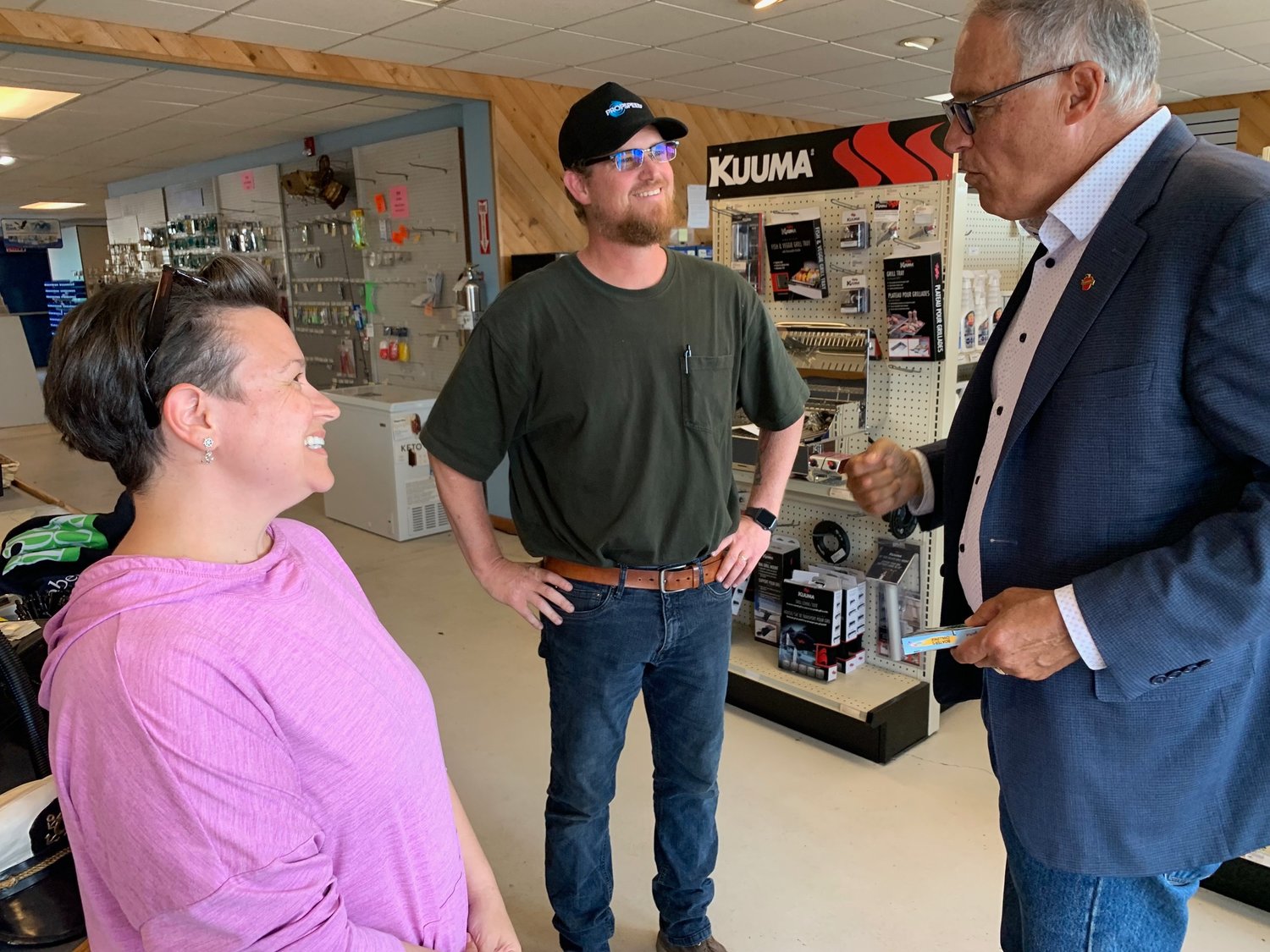 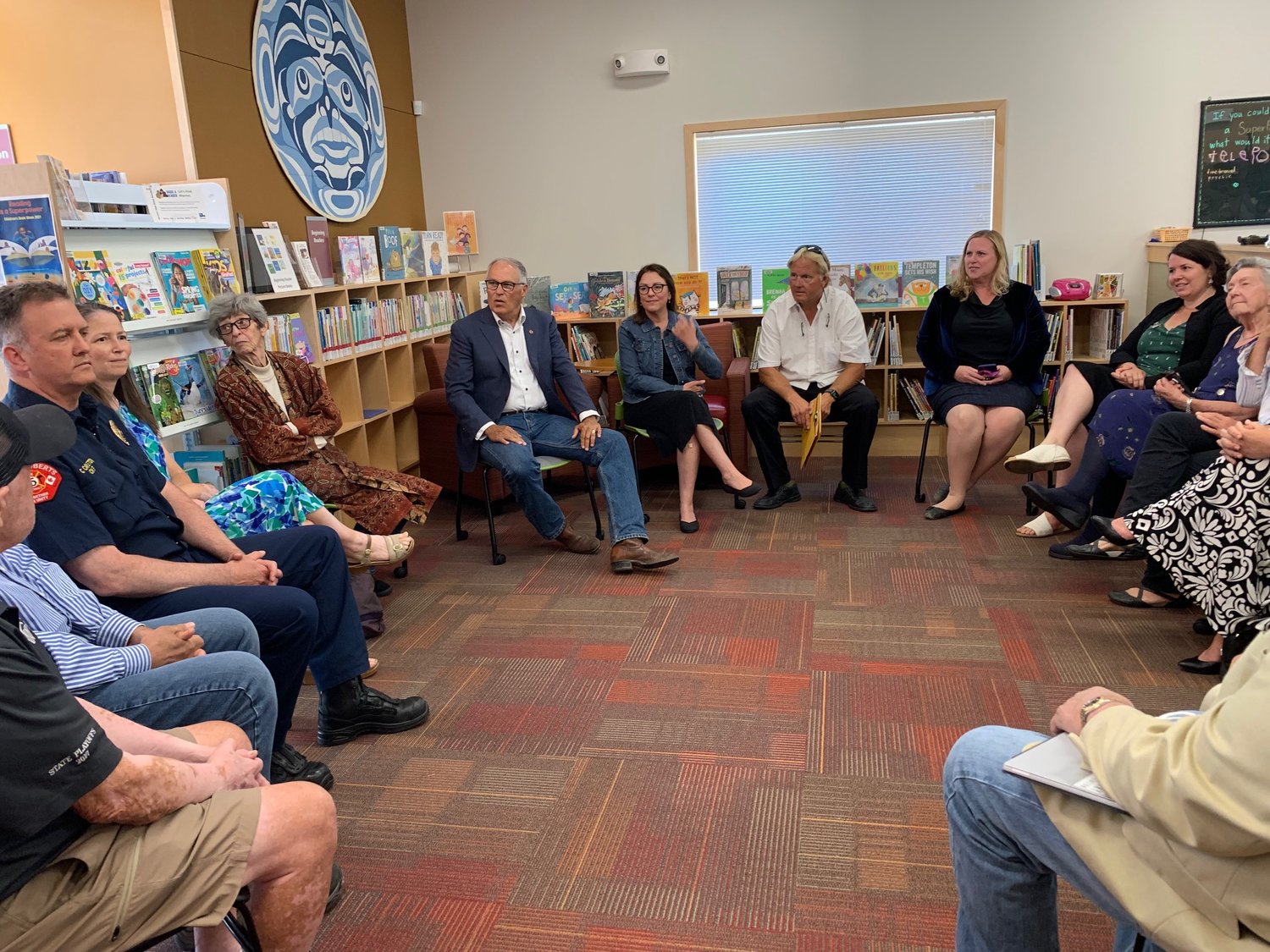 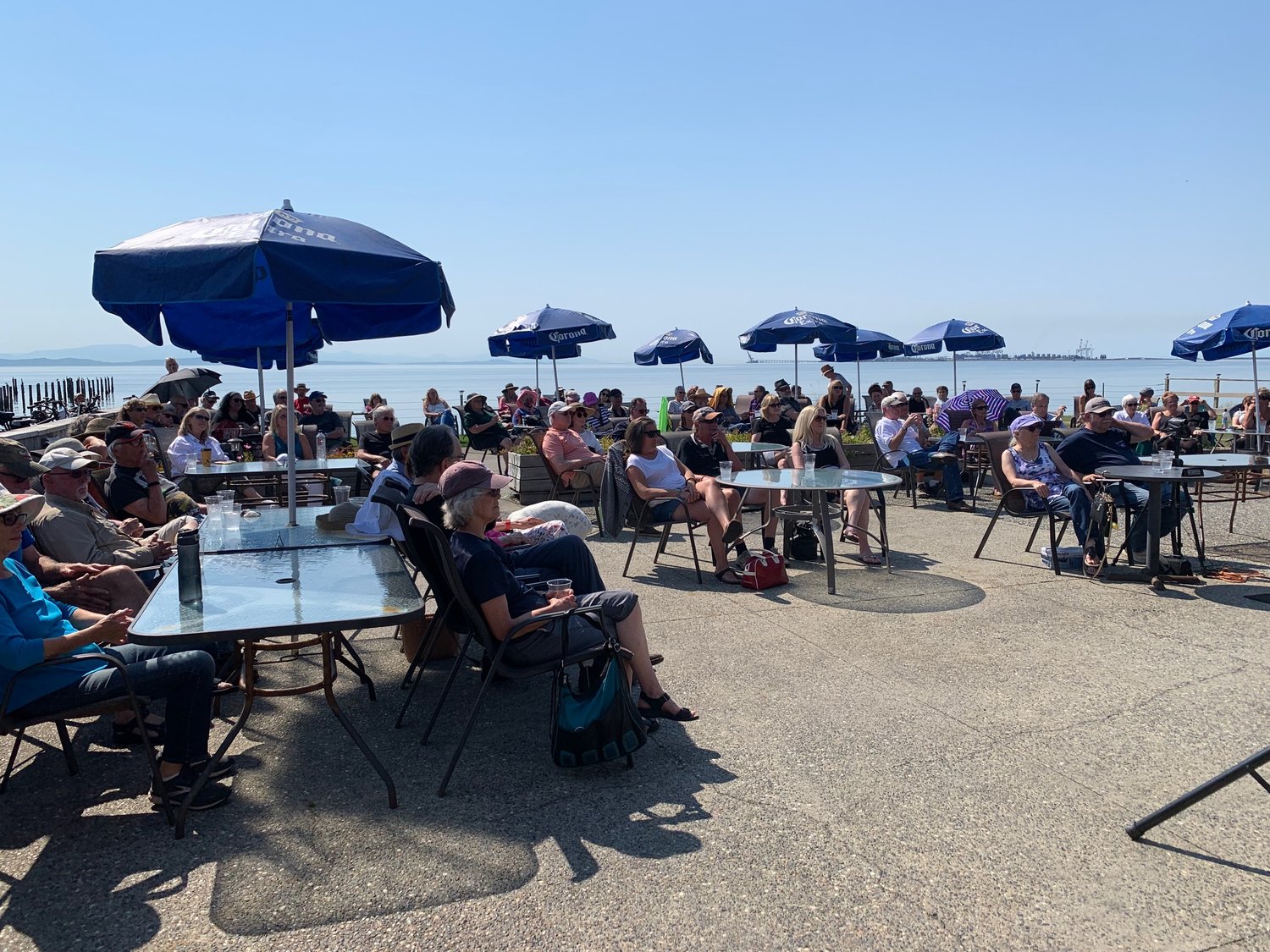 “You’ve been in the hearts and minds of Washingtonians. I’m looking forward to hearing your stories.” Those were the words Washington state governor Jay Inslee used to open an extraordinary meeting at the Point Roberts library with a group of Point Roberts residents on Friday, July 9. Only the third governor to visit the Point, Inslee was joined by congresswoman Suzan DelBene, state representatives Sharon Shewmake and Alicia Rule along with Whatcom County executive Satpal Sidhu and assorted federal and state aides.

Inslee told the group that he did not possess any specific intelligence regarding the opening of the border except to say that he thinks, “The infection rates and other measures are similar enough in both countries to allow the border to be re-opened. Point Roberts is incredibly unique and everyone involved has been working to make everyone aware of your situation.” The governor added that congresswoman DelBene “has been working tooth and nail on your behalf. There’s got to be a solution to help Point Roberts in particular.”

Addressing concerns that individual Canadian border agents were applying rules inconsistently to residents seeking to transit through Canada, DelBene said it was important for residents to document incidents as fully as possible including badge numbers, time and dates, and detailed descriptions of their encounters with CBSA officers. “The more specific, the better,” she told the group, adding she thought it was likely that the U.S. border would be opened unilaterally.

“My perception is that the obstacle to opening up the border lay north of the border. I think it’s a political calculation” on the part of the Trudeau administration, Inslee added. The Liberal government is widely expected to call a fall election in the hopes of regaining a majority government. Their supporters are less likely to support the near-term opening of the border. “We’re pounding on them and we’ll keep on pounding them,” Inslee assured the group.

Hayton said while she appreciated the money that the state and county government had provided her and other companies, it would help them get through this summer but it wasn’t enough to “get us through to next summer. It’s important that you ask people who know the situation here,” Hayton said. “If you’d asked us about the ferry, we would have said No,” as it bled business away from local companies.

Following reports that Hayton might have to close the Marketplace after months of losses, Inslee authorized $100,000 to be given to her company from the state’s strategic reserve while the county provided a $25,000 grant from federal pandemic funds.

Kiniski said he was concerned about what would happen once the border reopens. “I can’t get enough employees,” he said. “We used to be able to hire Canadians as general workers but not anymore. I only have three months to make it through the year.”

Chief Carleton said, “There’s a feeling that Canada is feeding the devastation across the border. A lot of words have been spoken with little action taken.” He also expressed hope that the Biden administration would give special consideration to border communities.

Following the meeting, Inslee visited the Marketplace and Westwind Marine where he talked to Jessica Basore, the new owner along with her husband Bryson, about their plans for the future. Shewmake, Rule and Sidhu later participated in a town hall meeting at the Reef that approximately 100 people attended. A report of that meeting will appear in the next issue of the All Point Bulletin.