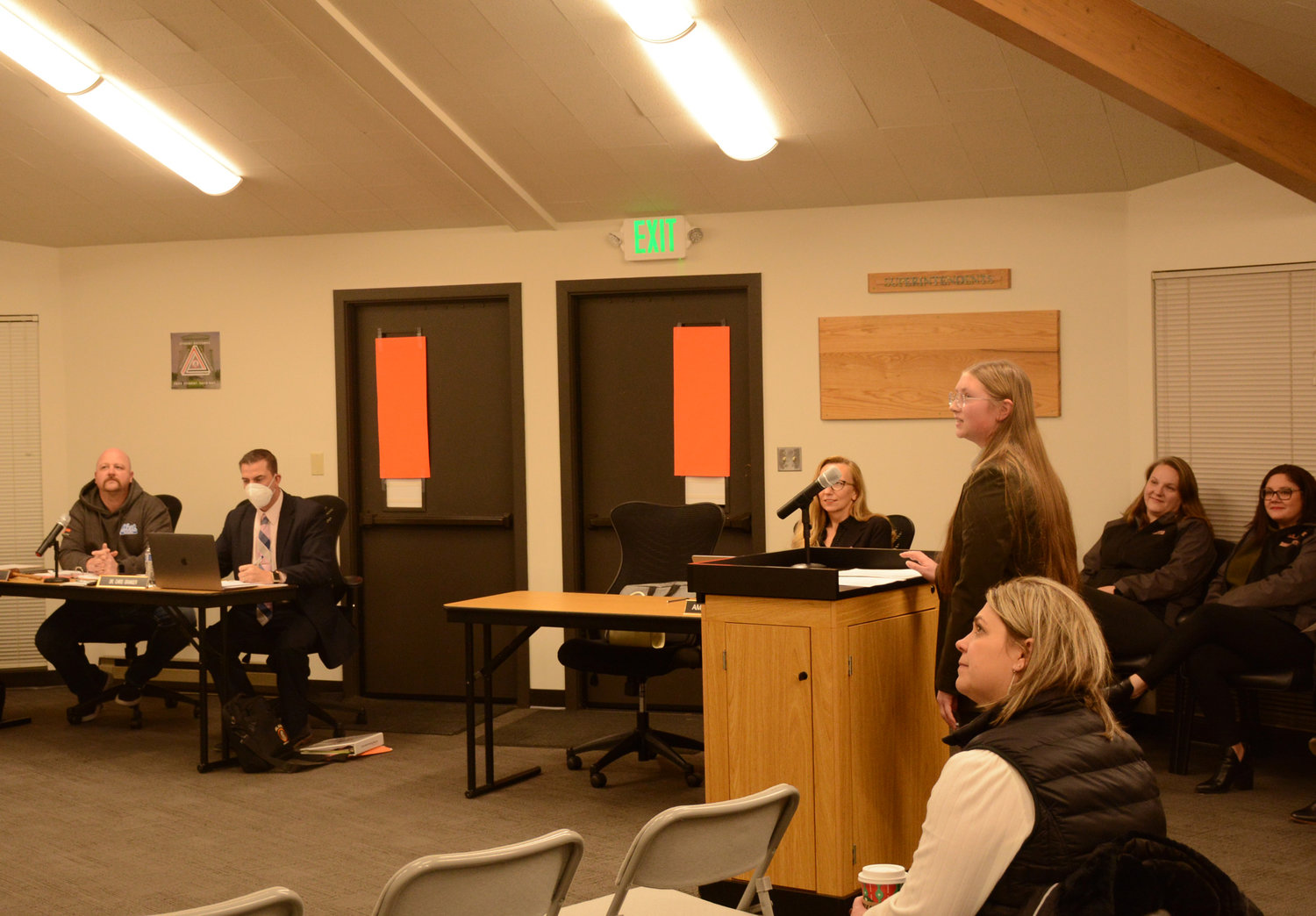 As specified in the action item, school board president Dougal Thomas and school board vice president, which is currently open with former board member Todd Nunamaker’s resignation at last month’s meeting, will discuss the parameters of a contract with Granger before recommending its adoption by the full board no later than May 22, 2023. Thomas said the board will be rearranging president and vice president positions at its December 13 meeting, which is at noon.

In a separate motion that also passed 3-0, the board accepted Granger’s annual performance evaluation as “more than satisfactory.” His final contract is intended to run through June 30, 2026, according to meeting minutes.

“Appreciate it,” Granger said during the meeting. “Pleasure to serve.”

District enrollment dropped by about 13 students from October to November. As of the November count, the district is about 52 students below what it budgeted for this school year.

Blaine school district finance and operations director Amber Porter said during the meeting that October enrollment tends to be the district’s highest, so the dip, while not hoped for, was somewhat expected.

The district’s low kindergarten enrollment this year has remained nearly the same all three months and left the district below budget. Around 108 kids were registered for kindergarten this year, while average cohorts in the past have ranged from 140 to 160 students.

Porter said the district will be conservative about budgeting for next year, as it cannot be assured kindergarten cohorts will rebound.

“There could be a further trend with low enrollment,” Porter said. “So [we’ll] continue to start the year holding back on the number of positions that are going to be teaching kindergarten and wait to see how many [students] we actually have.”

During an October 4 board meeting, Granger said the district was overstaffed for this year’s kindergarten cohort, which was smaller than previous years. Classes were consolidated with 20 students total and two teachers without classes will substitute and cover a leave position. He also said reductions in force will be necessary if enrollment doesn’t increase and staff doesn’t retire or resign.

State funding is also dependent on enrollment. Porter said the district spends more than 80 percent on staff salaries, and that the district remains staffed at pre-pandemic levels.

Board members, Granger and Porter have all tried to rationalize the pandemic’s impact on enrollment, whether it be parents holding their children back a year or finding alternative schooling options. Porter said there is also a possibility of a declining birth rate in Whatcom County in the last five years.

Board member Charles Gibson pointed out while the kindergarten cohort is small, most other grade levels are within 10 to 15 students of each other and around an average of 155 students total. He said this small cohort and more like it would significantly impact enrollment as years progress.

“It looks like we’re in for a trend of declining enrollment,” Gibson said.

“We could be,” Porter said.

“In which case we can’t continue to have the same staffing [levels],” Gibson said.

“Not without other sources of funds to support that,” Porter said.