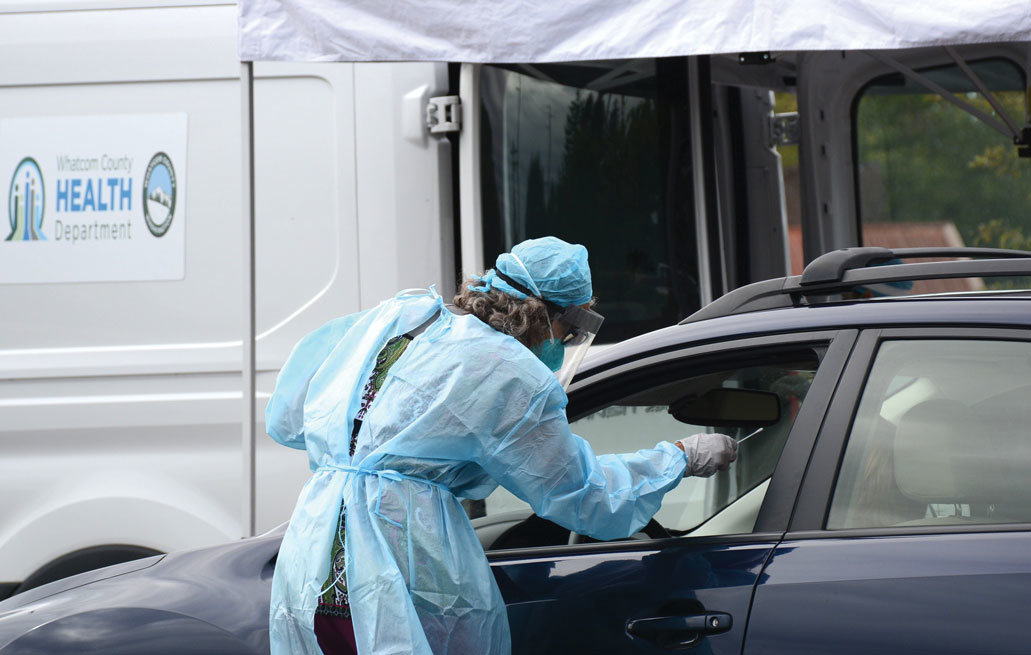 Covid-19 cases are slightly increasing in Whatcom County, but remain in the CDC’s low community level rating. Residents in low transmission areas are advised to get tested if they have Covid-19 symptoms and stay updated with Covid-19 vaccines.

The health department is now publishing its in-depth Covid-19 report monthly, instead of weekly. In the report published April 15, which covers March 1-31, Covid-19 cases declined to an average of 18 new cases per day in March, comparable to the beginning of the Delta surge in mid-July 2021. However, this number could be higher as at-home antigen test results have become more popular and are not reported.

In March, 37 people were hospitalized for Covid-19 and 633 people tested positive. The weekly case average declined 84 percent from February to March. The county hospitalization rate also declined from 7 percent to 1.3 percent of all county cases from the start to the end of the month. There were only two Covid-19 deaths in Whatcom County in March, according to preliminary health department data. There were 49 deaths in January and 15 in February.

The CDC’s community transmission levels for Whatcom County can be found at bit.ly/3xV6QhO. County health department data is available at bit.ly/3KdiRBS.