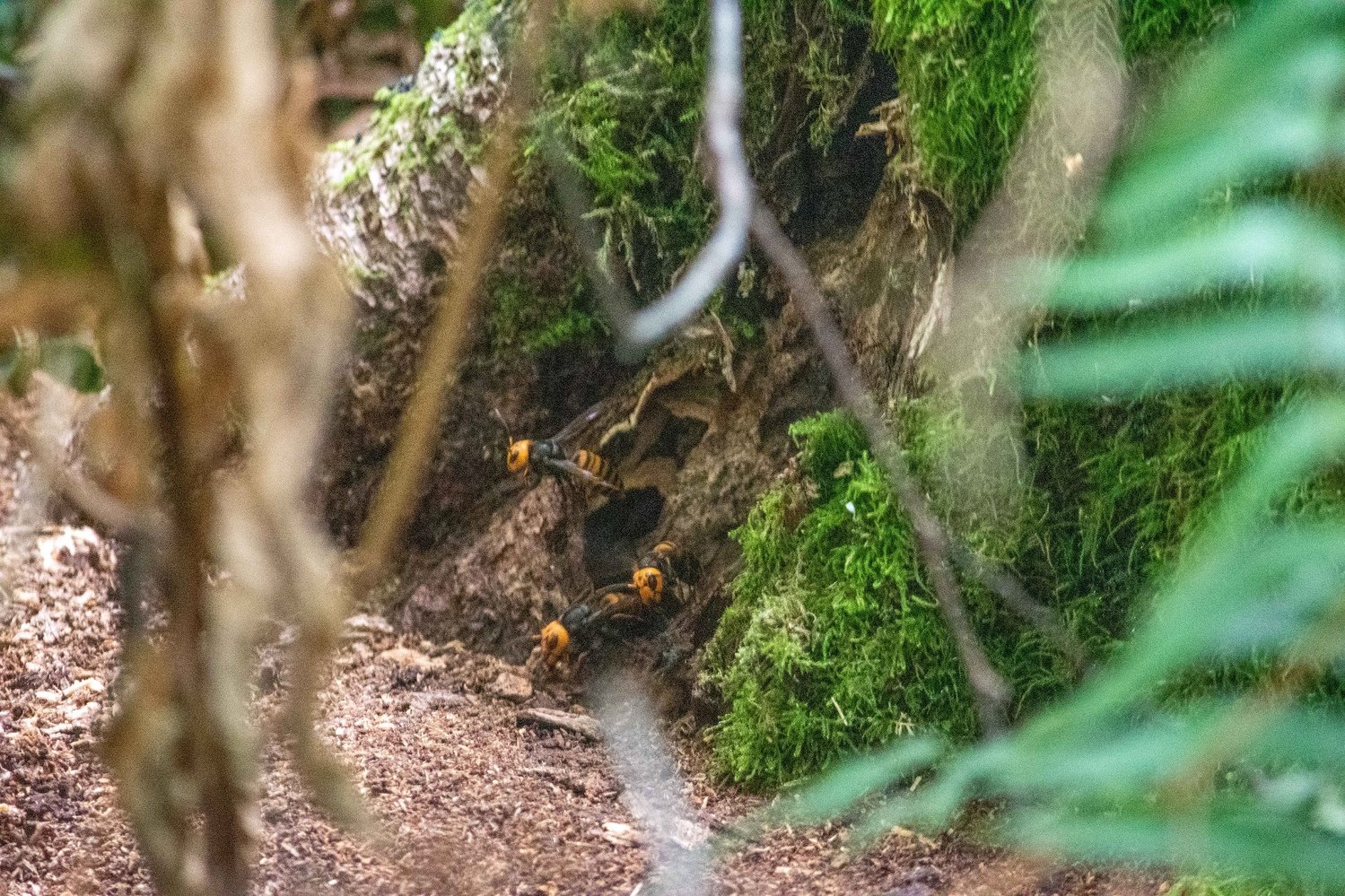 Scientists found an Asian giant hornet nest in east Blaine August 19, a quarter of a mile from where the first hornet of 2021 was spotted nearly a week earlier near H Street Road. The nest is the first to be found in the U.S. in 2021.

The nest was eradicated after the Washington State Department of Agriculture (WSDA) fine-tuned its eradication plan, according to WSDA.

“We believe it’s too early in the season for reproductive [hornets] to emerge so there’s no risk or very, very little risk of new queens emerging from the nest at this point,” WSDA public engagement specialist Karla Salp said in a video statement.

The agency is taking time to gather more information, such as using a thermal camera to find out if the hornets are traveling into the ground or up the tree, which will determine how they eradicate the nest. Scientists will eradicate the nest similar to last year, with the hornets vacuumed and then the nest sealed and removed, Salp said.

Scientists found the nest after attempting to track three hornets with a radio tag between August 11 and August 17. Only one hornet led scientists to the nest.

Researchers found the nest more quickly than the first Asian giant hornet nest that was found October 2020. Last year, it took about a month after a landowner started spotting hornets on his property in late September until WSDA eradicated the nest October 24, 2020.

Salp emphasized public reports were the biggest factor in finding the nest so quickly, but said lessons learned from last year also sped up the process. Such lessons include using radio tags instead of Bluetooth tags, which had a weaker signal, and using Kevlar thread, which can’t be chewed off, to attach the trackers.

WSDA officials believe there could be more nests in the area and are asking for people to report Asian giant hornet sightings to agr.wa.gov/hornets. If someone thinks they see a hornet, the best thing they can do is take a photo and note the direction it flies or keep the specimen if it’s dead, Salp said.

Haynie Opry to host Matt Audette and the Circle of Friends Band’s farewell performance Saturday, May 14