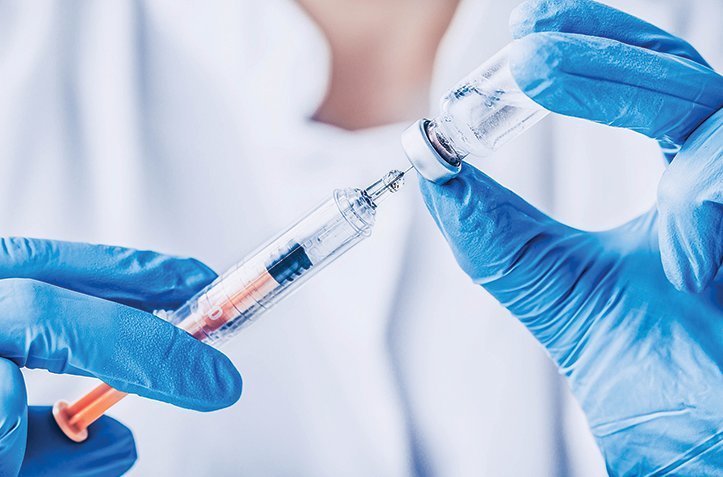 Whatcom County health officials say the county has not yet reached its peak during the omicron surge, which has already caused Covid-19 to skyrocket to numbers unseen during the nearly two-year pandemic.
Dr. Sudhakar Karlapudi, PeaceHealth chief medical officer, said during a January 11 media conference that the Bellingham hospital had its highest number of Covid-19 patients on January 9, with 61 patients. This is 19 patients higher than its 42-patient peak during the delta variant surge in mid-2021.
Covid-19 cases are expected to peak the end of January or mid-February, Dr. Karlapudi said. To prepare for the surge, the hospital has limited procedures and created more Covid-19 isolation areas.
“Where we are right now is at a scale that’s like nothing we’ve seen in the past,” said Erika Lautenbach, director of Whatcom County Health Department (WCHD). “It pales in comparison.”
County health officials voiced concern that the Covid-19 case numbers and hospitalizations did not return to their baseline in late fall, as they should have after the delta surge.
New daily case counts in the past two weeks have been around 300-400, nearly triple and quadruple the numbers seen during previous peaks, Lautenbach said. She added these are likely undercounts as more at-home Covid-19 tests are now available and not officially reported.
“Where we are now is almost truly vertical in terms of the number of cases we’re seeing,” Lautenbach said.
Although county health officials believe omicron causes less severe illness than the delta variant, they said it is causing more hospitalizations because of the increased number of people becoming infected.
Whatcom County health officer Dr. Amy Harley said an early marker on the PCR test that is consistent in omicron has showed up in nearly 90 percent of county PCR tests.
“We know virtually all of the cases in Whatcom County are likely to be omicron right now,” she said.
High transmission rates are straining testing, but health officials said county testing providers don’t have exponential resources to meet demand.
WCHD is looking for licensed health care professionals to help at the hospital and skilled nursing facilities. Those with credentials may email whatcomcountymrc@co.whatcom.wa.us to apply.
PeaceHealth is asking people with non-emergent health care needs to visit primary, same-day and urgent clinics, instead of the ER at the Bellingham hospital.
PeaceHealth officials said in a January 10 media release that the hospital has been experiencing record-breaking numbers in the past few months because of Covid-19 and delayed healthcare earlier in the pandemic. Cold weather-related injuries exacerbated this, the health system said.
PeaceHealth recommends people unsure if their care needs are urgent to first meet with their primary care doctor. Examples of emergency care include fractures, bleeding, dizziness, chest pain, difficulty breathing and head injuries.
Meanwhile, WCHD announced it was opening a second Covid-19 isolation facility in Bellingham. The second location will be in the Civic Field locker rooms and allow for 25 people. The other isolation facility is located on Byron Avenue.
Whatcom County health officials are asking people to get their Covid-19 vaccine and booster shot, wear masks and reduce social gatherings to lower community transmission rates.