How to recycle a house 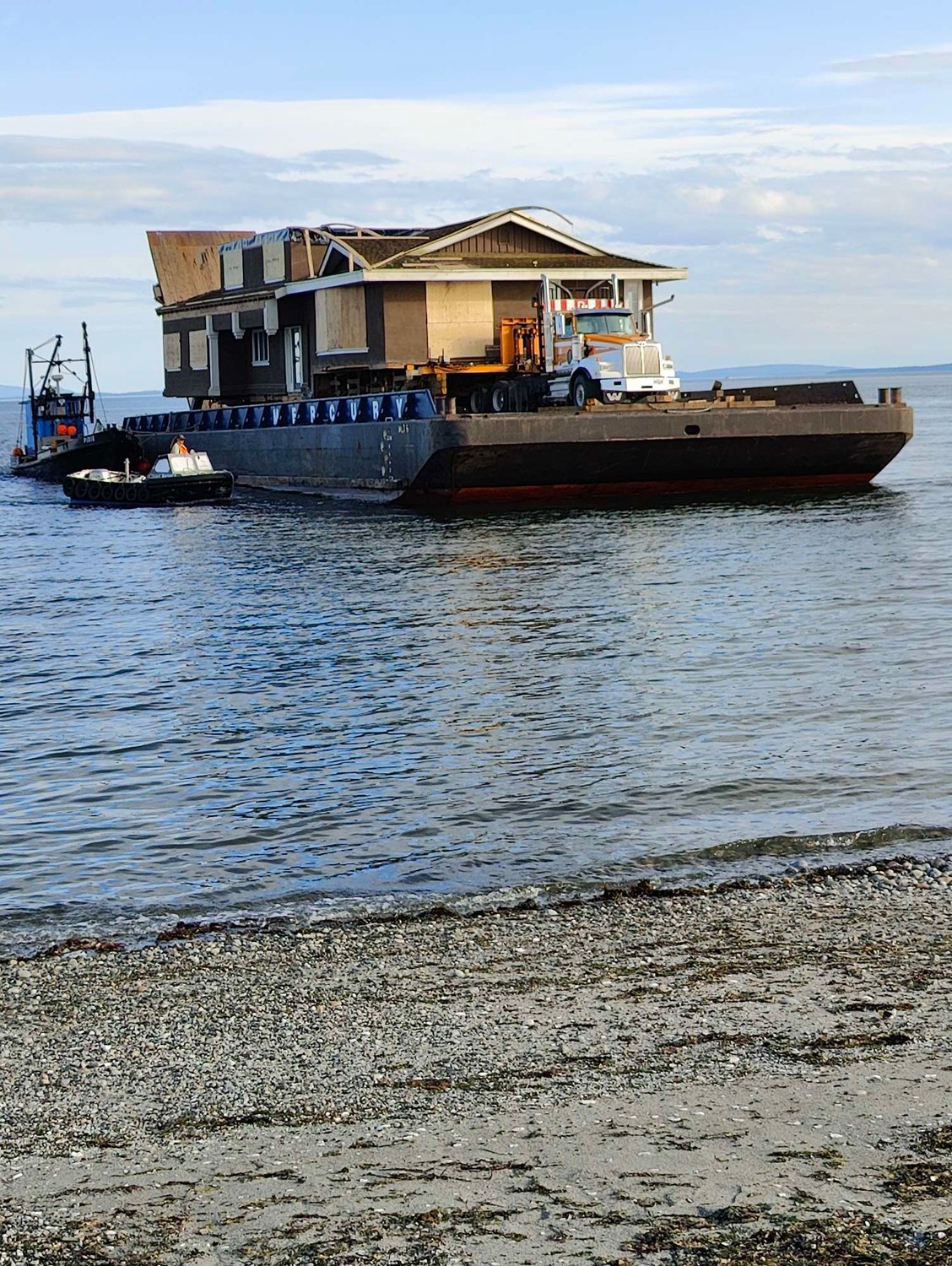 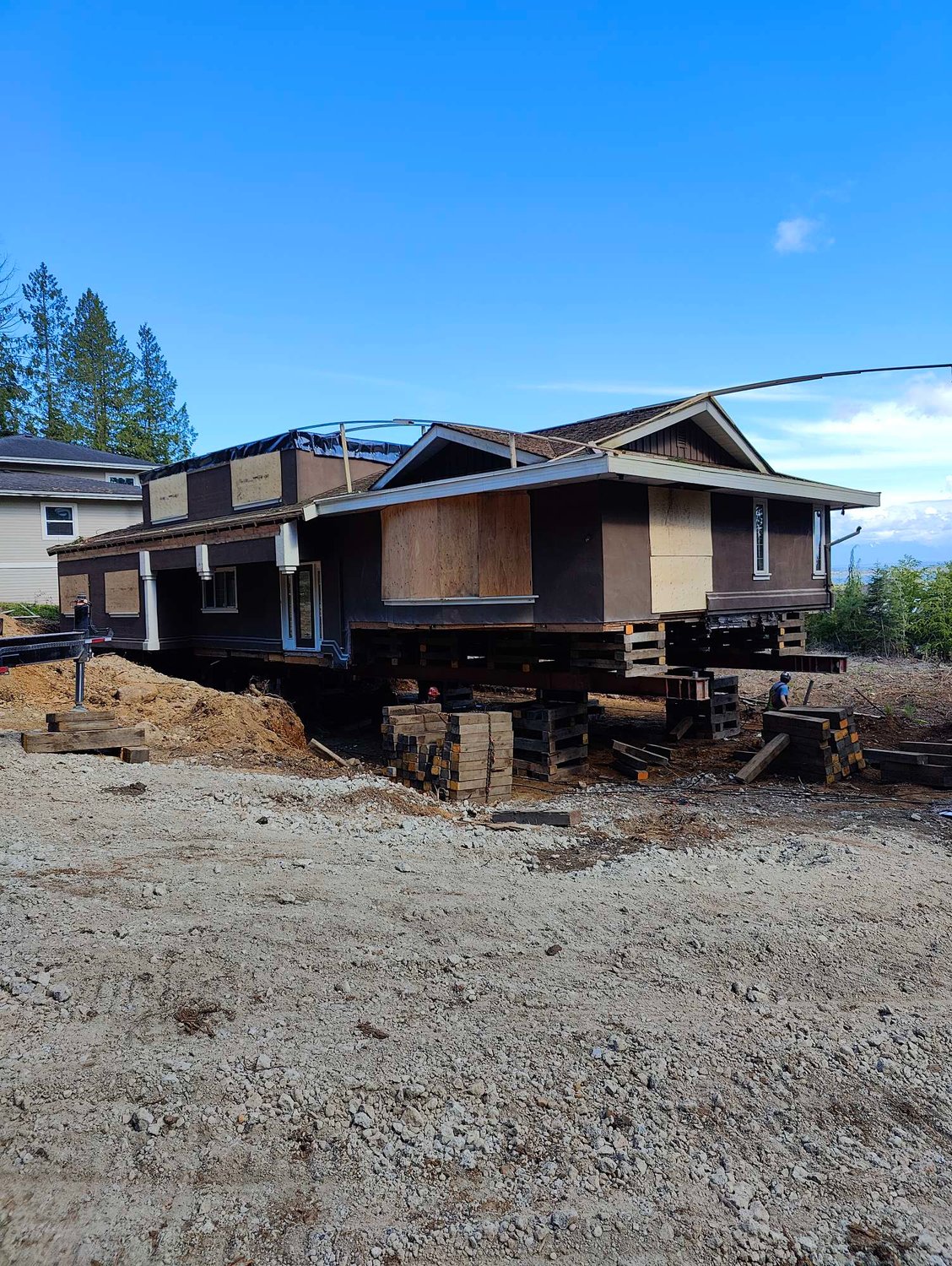 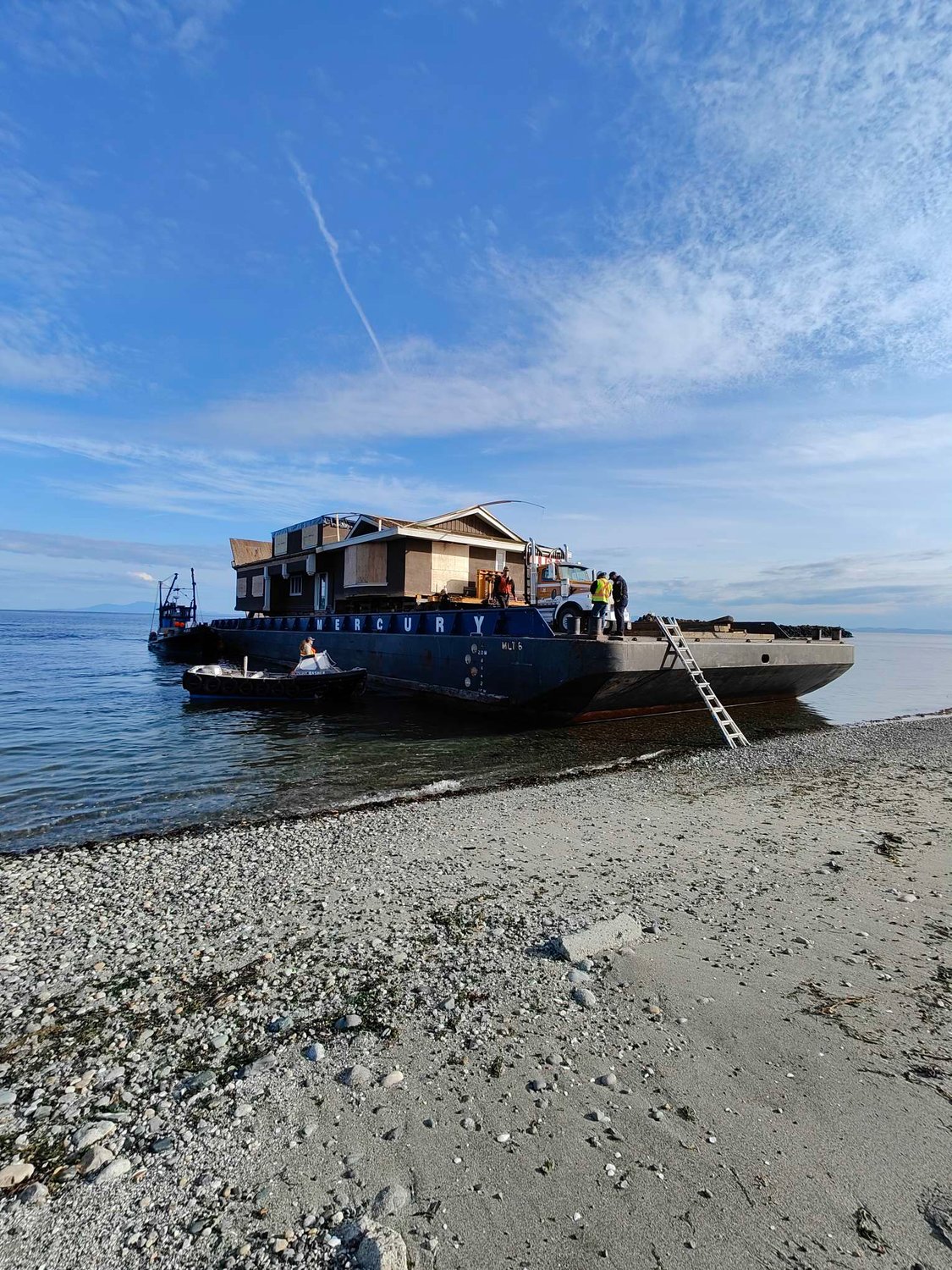 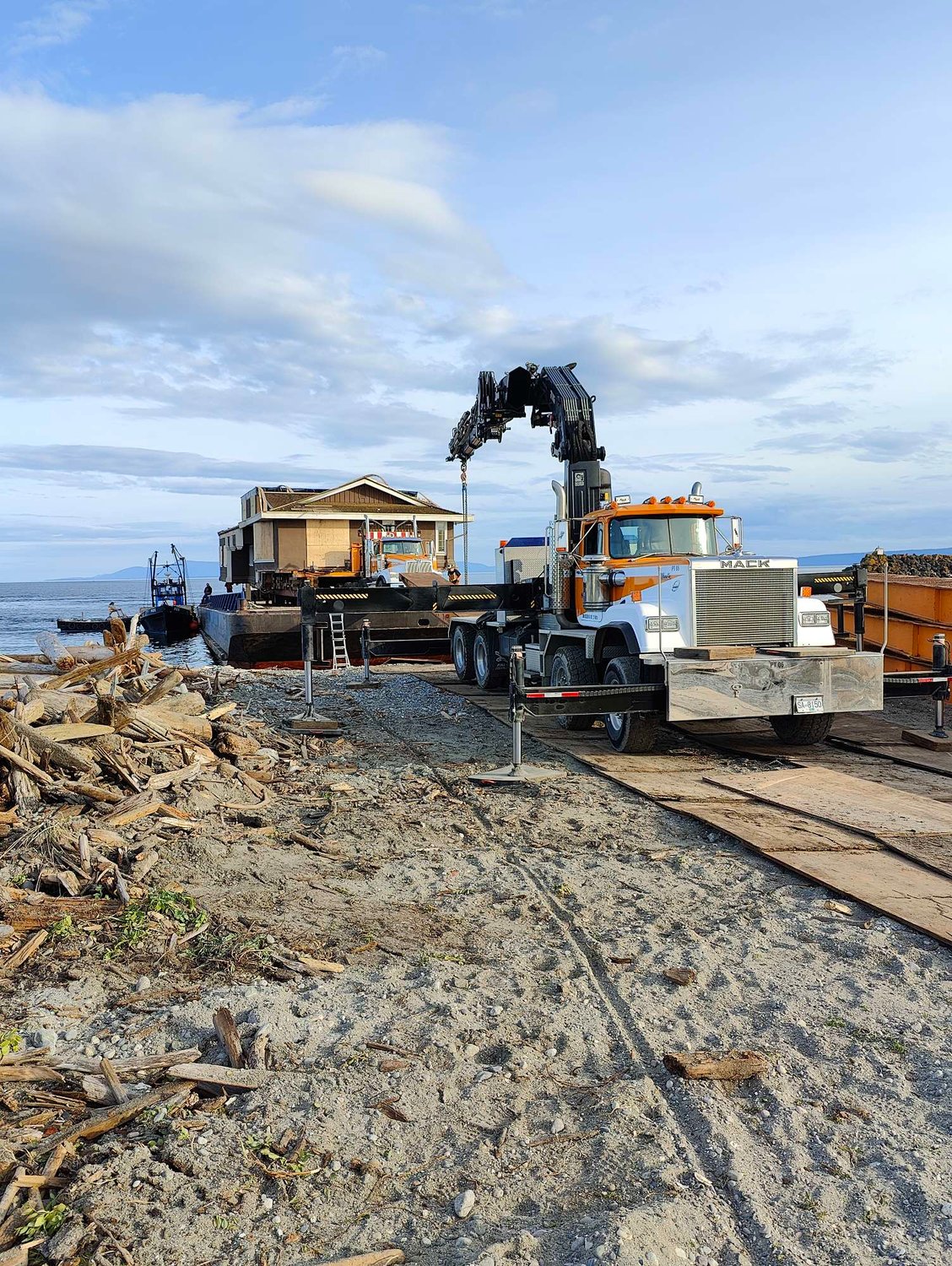 The house traveled from South Surrey, along the Nicomekl River through Boundary Bay to Point Roberts. Water travel is much easier than overland travel for house moves because of the utility costs associated with moving wires, etc.

Had to travel at the full moon because of high tides of the Nicomekl River and Boundary Bay.

Process took two days because overland travel can only happen after 9 p.m. when Canadian and American roads can be closed.

First night move began at 9 p.m. bringing the home from Surrey until 5 a.m. to load the barge at the Nicomekl River.

Second night began at 9 p.m. after offloading the barge at the marina and took until 2:30 a.m. to get to the lot on Johnson Road.

On the Canadian side, it required B.C. Hydro, Telus, a utility bucket crew, and an arborist to go ahead of the house to lift lines, prepare crossings, and trim trees.

On the American side, it required U.S. Customs and Border Protection (to scan for radiation), Puget Sound Energy to lift lines, Hank’s Backhoe Services to prepare the Johnson Road site and clear the beach, and Gary at Shoreline Electrical Services to clear the 4-way red lights on Tyee Dr.

Primary motivation to “recycle a house” was to preserve a wonderful 50-year-old-custom home that was otherwise scheduled for demolition.

Nickel Bros of Port Coquitlam B.C./Everett WA was responsible for moving the house.

Cost of house? One dollar.

Nickel Bros. have over 65 years’ of experience as structural movers in the Pacific Northwest.

Saved about 90 trees worth of lumber

For the Surrey family, they saved dump and environmental fees of at least $50,000.