How WA’s legislature is addressing the housing crisis in 2023 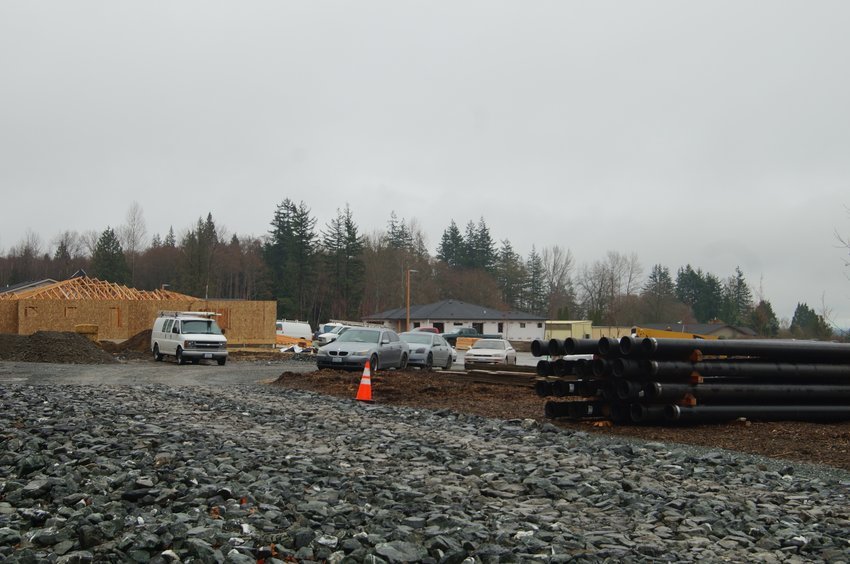 By nearly any measure, Washington has serious housing problems.

The cost of buying and renting homes has leapt skyward. More than 25,000 people are living on the street or in emergency and transitional housing across the state, an 11 percent increase from 2020. According to the Washington Department of Commerce, the state will need to build 1 million new homes by 2044 to meet demand, and more than half of them will need to be subsidized housing affordable to low-income residents.

A new survey by the Puget Sound Regional Council and the Washington Department of Commerce found housing costs and homelessness are state residents’ top two issues. Seventy-seven percent of people said rent is too high, 75 percent said it costs too much to buy a home and 64 percent said government agencies should do more to provide housing not being built by the market.

Officials in Olympia are taking that message to heart this legislative session. Housing and homelessness are centerpieces of Governor Jay Inslee’s agenda. He is pushing for a bond measure that would generate billions of additional dollars to speed the building of subsidized affordable housing and increase homeless services.

Recognizing that there’s no silver bullet for Washington’s housing crisis, legislators and advocates are pushing a slew of bills meant to increase market-rate construction, subsidized affordable housing and renter protections.

Since the session just started Monday, not every housing bill has been introduced yet, nor will every bill survive to the end of session. But here’s a look at some of the key ways lawmakers hope to ease Washington’s housing crisis in 2023.

If passed, House Bill 1110 would allow construction of up to four units on any residential lot in cities with 6,000 or more residents. If developers make two units affordable for people earning 80 percent or less of the area median income, they could build up to six units on any residential lot. On lots within a half-mile of a transit station, developers could build up to six units without the affordability requirement.

Last year, Bateman and Barkis introduced a version of the “missing middle” bill that would have applied to cities with 20,000 or more residents, but it stalled before reaching the House floor for a vote. Some city leaders, along with the influential Association of Washington Cities (AWC), opposed state preemption of local zoning.

AWC deputy director Carl Schroeder said his organization had much earlier and more productive conversations with pro-“missing middle” legislators in the lead-up to this session. But ultimately the group still has concerns about allowing broad preemption of local zoning rules, and about the expansion of this year’s bill to apply to even more cities.

Bateman notes that if Washington’s going to meet that million-home construction goal by 2044, it needs to triple the pace of building.

“We’ve tried letting each city make their own zoning decisions for decades,” said Bateman. “It’s 2023, it hasn’t worked. We need to try a different approach. We need to be bold.”

“Missing middle” zoning is just one of many ways legislators want to speed market-rate housing construction and reduce regulatory barriers. Barkis is also sponsoring House Bill 1245 that would make it easier for homeowners to divide their property into two lots to allow someone to own their accessory dwelling unit and gain equity from it.

Another bill would eliminate design review boards for residential construction. Review boards can add months of delay to projects, which drives up costs. In a similar cost-saving scheme, Bateman plans to introduce a bill that would eliminate parking requirements for residential developments near transit, since parking can add tens of thousands of dollars per space to the cost of an apartment project.

Of the million new homes Washington needs to build, more than half need to be affordable to people earning less than 50 percent of their area median income. Of those, more than 200,000 need to be affordable to the lowest-income Washingtonians and those exiting homelessness. It’s a segment of the housing market that the private sector will never serve, meaning Washington needs significant investment in its subsidized housing stock.

Inslee wants to issue bonds to generate $4 billion for affordable housing construction and homeless services over the next six years. To make it happen, legislators will need to approve the idea this session. After that, the question would go to voters on the November ballot. The bonds would not raise taxes on Washington residents, but would temporarily push the state debt above current limits.

The transit-oriented development bill has not been introduced yet, but Mahgoub said it would increase density for residential construction near frequent transit stations. The bill would apply to both market-rate and subsidized affordable-housing construction. Market-rate developers who set aside a certain percentage of units for people earning 80 percent or less of the area median income would get a “density bonus” allowing them to build an even larger building.

A recent study by the Urban Institute helps illustrate the potential impact of transit-adjacent upzones. It looked at zoning around existing and future Sound Transit light-rail stations, and found that a third of transit-adjacent land is currently zoned for single-family housing.

“It’s a very different position than we’ve had in the past, which was strongly defending against preemption,” Schroeder said. “What you’re hearing today is there’s a need to participate in these conversations.”

The state Housing Trust Fund is an essential source of money for subsidized affordable-housing construction in Washington. Funded through the capital budget, it has steadily grown over the past several years. Inslee’s proposed budget would invest $200 million in the fund, but affordable-housing advocates such as the Washington Low Income Housing Alliance want to see that number increase to $400 million. A forthcoming bill this session would increase the existing real estate excise tax on property sales and dedicate a portion of that revenue to the Housing Trust Fund.

According to Jesse Simpson, government relations manager at the Housing Development Consortium (HDC), representative Jamila Taylor (D-Federal Way) will introduce a bill this session to help close the racial gap in homeownership. Nationally, 74.6 percent of white households own their homes, compared with 45.3 percent of Black households, according to a Pew study. The bill would increase the state document recording fee and use those revenues to help Black residents and other residents of color with down-payment assistance and the development of new affordable housing for homeownership.

Although rent control has been illegal in Washington since 1981 when the legislature passed a law banning it at the state and local level, housing advocates expect the Legislature to take up a new “anti-gouging bill” this session that would cap how much landlords can raise rents each year.

“This is not rent control,” said Michele Thomas with the Washington Low Income Housing Alliance. “However, it will govern the relationship between landlord and tenant and prevent landlords from gouging tenants.”

Under current law, landlords can raise the rent by any amount they wish, so long as they provide tenants with a 60-day notice. Representative Strom Peterson (D-Edmonds) has introduced House Bill 1124 to extend that notice requirement to six months. The bill would also limit the size of late fees and give tenants the right to terminate a lease early when faced with a rent increase.

Housing advocates also expect legislators to introduce a bill that would attempt to prevent landlords from using rent increases as a retaliatory measure against their tenants.