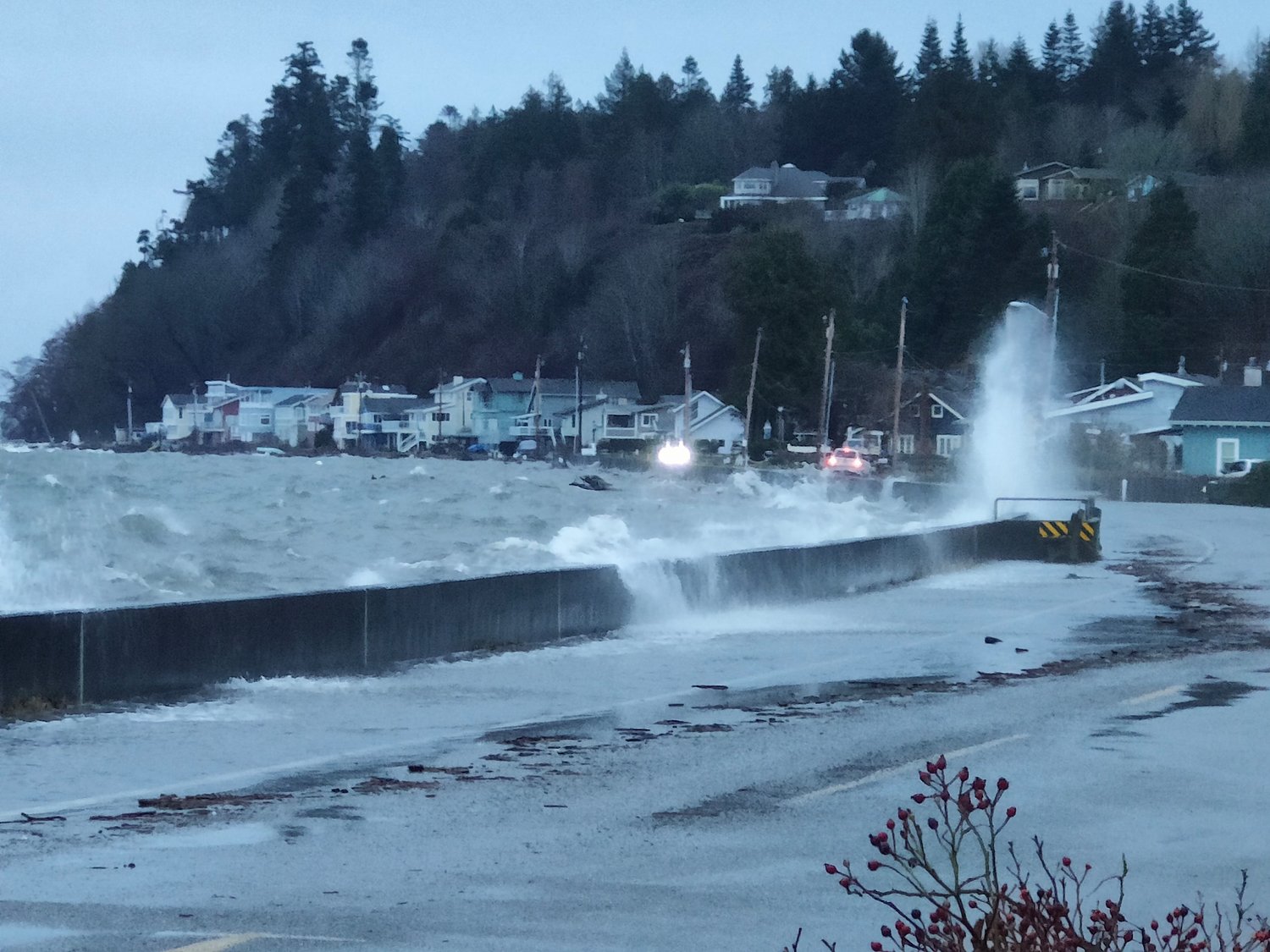 First the snow, then freezing rain, followed by rain and wind and King tides during the final week of December 2022. What a way to end the year. Water from Boundary Bay inundates Bayview Drive.
Photo by Stephen Fowler
Posted Thursday, January 19, 2023 2:48 pm
By Deb Slater, WCSO

Whatcom County is facing the last significant King tide cycle for this winter beginning Saturday, January 21 and continuing through Thursday, January 26. King tides occur in the late fall and early winter. Many times, these tides coincide with and can be aggravated by wind storms and atmospheric pressure. King tides, with accompanying storms, can have significant impacts on coastal communities.

When a westerly storm is added to a King tide as happened in 2018, 2021, and most recently during the December 2022 storms, the tides can be pushed nearly two feet higher from the storm surge. With strong winds, waves can grow another three to four feet. It is for these reasons that Whatcom County Sheriff’s Office Division of Emergency Management (WCSO DEM) and the National Oceanic and Atmospheric Administration (NOAA) have identified the following days as ones to watch for coastal flooding:

For each of these dates, NOAA prepares a custom report for Whatcom County. This report is sent to the DEM which then notifies the Whatcom County Coastal Warning Group made up of key officials, public safety agencies, and organizations subject to coastal impacts (such as refineries, hotels, community groups and industry). A specific forecast for Point Roberts, Blaine, Birch Bay, and Sandy Point is also produced by the National Weather Service the day before each high tide so that local mitigation actions can be taken should conditions appear to forecast localized coastal flooding.

Because the variable is overlaying weather systems which can only be confidently forecast 12-24 hours before the high tide, residents of Whatcom County should be preparing ahead of time for potential coastal flooding during January 21-26. The following sites can aid in awareness and preparedness:

The DEM will be monitoring the forecasts and issuing updates as needed as well as posting to the Whatcom County Sheriff's Office Facebook page. Forms for submitting damage estimates will be made available if necessary. It is important to understand that reporting damages is the first step in the recovery process and may, or may not, lead to State or Federal financial aid.

For more information on King Tides, and to help scientists build a library of coastal impacts, visit the University of Washington’s King Tides Program.