Maple Beach seawall repair – could it really be happening? 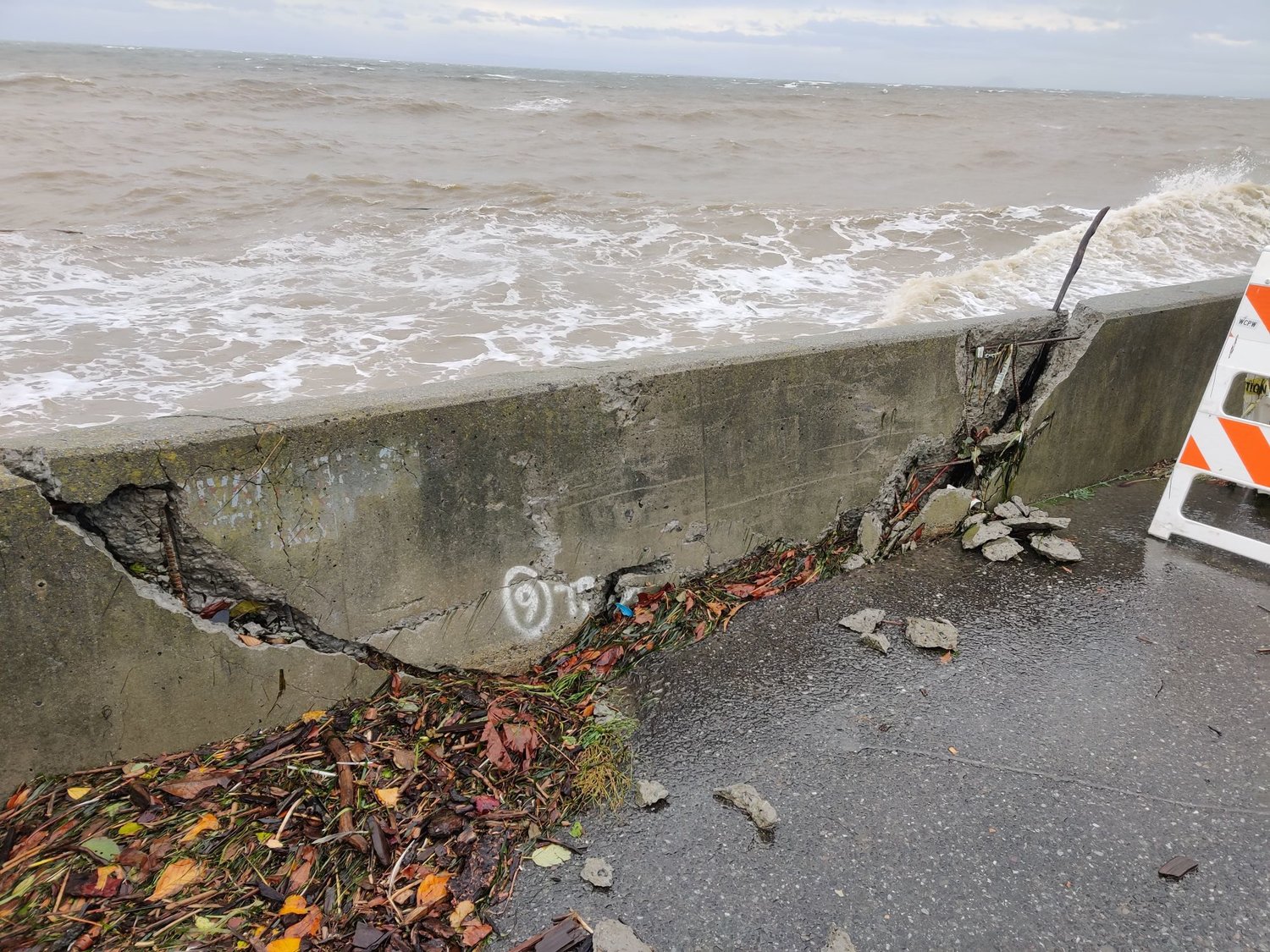 At long last perhaps, the Maple Beach seawall will be repaired after all. A fourth request for bids (RFB) to repair the seawall closed on June 14 with just one bid submitted. Tiger Construction submitted a bid in the amount of $79,500, up from the $61,300 bid the company submitted in the third round. There were no bids submitted in the first two bid rounds.

The seawall was damaged in a fatal high-speed car accident on June 1, 2021.

The third round bid was rejected because county engineers had estimated the job should cost no more than $32,000. In preparing the latest RFB, county engineers estimated the project should cost $52,747.20 with a range of $45,000 to $65,000, just slightly more than the earlier $61,300 bid. Roughly two months later, Tiger Construction is now seeking nearly $20,000 more for a job that the county estimates will only require about 4 yards of cement to repair. Depending upon the PSI, concrete in Bellingham typically costs between $130 to $167 per yard exclusive of delivery and labor costs.

Whatcom County bridge and hydraulics engineer James Lee said the public works department “will be pursuing council approval to officially award the bid to Tiger Construction with construction to be completed this summer.”