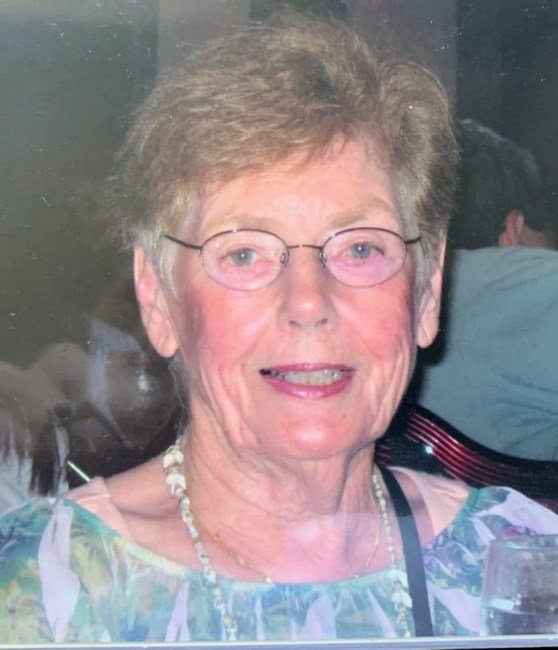 Doreen was born in Vancouver, B.C., where she spent her early years. She was a gifted student and possessed a distinctive shade of lovely auburn hair. Moving to Victoria with her parents she received early entrance at the University of Victoria, then located at Craigdarroch Castle. Eventually, Doreen would attend the University of British Columbia (UBC). At UBC, she met John Henry Hayes McMillan (May 1927 – February 2022). They married in 1953. This marriage lasted almost 70 years. Before Doreen left UBC, she would graduate with her master’s in social work, class of 1954.

Starting in 1955, she had five children Nancy, Janet, Susan (Pat), Diane (Spyros) and John. She loved her seven grandchildren Laura (Jay), Tyler, Kelsey (Dillan) Sean, Mariah, Evie, and Will. Some of whom have given her five great-grandchildren who she was absolutely enthralled with: Finley; Marlowe; Brynn; Lachlan and recently Lennon.

Eventually, she returned to a social work career after her youngest became school age. She worked full-time for 10 years and was a respected social worker in North Vancouver as well as two other
municipalities.

Doreen took continuing education classes in fine arts and tried her hand at oils and acrylics. A voracious reader for relaxation and she studied two languages! Little known fact: she was an accomplished marksperson from her wartime cadet training. Also, Doreen spent years as a golfer, skier and windsurfer.

Over time she made family comfortable creating homes in North Vancouver, Rawdon, Quebec, Port Alberni, Powell River, and West Vancouver. Throughout her child rearing years, Doreen was the planner, the packer, the activity scheduler and most often the head chef at annual vacations – a family of seven has lots of moving parts.

Upon retirement, Doreen and John purchased property in Point Roberts which became the focus of family gatherings. The cottage was a passion in her later years, both Doreen and John happily spent most weekends there over the 28 years that they owned it.

A kind, patient, and thoughtful mom to us all and she will be sorely missed. Our family thanks the staff of Hollyburn House and Sunrise of Lynn Valley for their provision of care for independent and supported living over Doreen’s final years.

A Celebration of Life will be held at a future date. Please donate to your favorite charity in lieu of flowers.