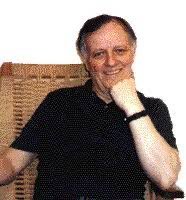 Stephen passed away quietly on August 6, 2022. He was born in Brooklyn, New York on October 18, 1934 and was predeceased by his parents, Charles and Josephine Linn, and his older brother Daniel Linn.

Stephen received a B.A. in industrial design from Syracuse University in 1956 then trained for the ROTC and went on to serve in the U.S. Air Force as a navigator for three years. While in the air force, Stephen learned to fly and owned a plane which he used for several years to fly around America. After his military service, Stephen moved to Los Angeles, where he decided to pursue a career as a psychologist. He received a master’s degree in psychology from Pepperdine University in 1969.

He then moved to Pittsburgh, where he worked as a psychologist and studied for his PhD at Duquesne. He specialized in primal therapy. Primal therapy is a feeling therapy that helps individuals connect to their emotional wounds and free them from destructive patterns that come from repressing those hurts. In the late ’80s, he began to teach in Vancouver, B.C. and eventually settled in Point Roberts, where he remained for 34 years until his death. He continued to hold classes in both Vancouver and Point Roberts until 2008, when he retired.

Stephen was a strong advocate of organic food and clean living, having never smoked or drank. He had written several books, including I Am What I Am. Those who wish to remember Stephen may contribute to a favorite charity in his name. There will be no funeral service.