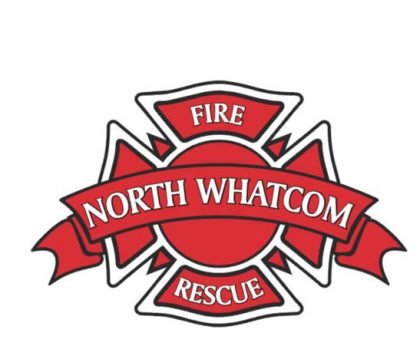 The Whatcom County sheriff’s office and fire marshal’s office are investigating a September 2 fire on Sweet Road that left one person dead.
First responders received a call at 2:49 a.m. on September 2 about a house in the 4300 block of Sweet Road that was involved in flames, North Whatcom Fire and Rescue (NWFR) chief Jason Van der Veen said. NWFR, Whatcom County Fire District 7 and Bellingham Fire Department crews responded to the scene and found the home about 60-80 percent involved in flames. Seeing two cars in the driveway and no occupants outside of the home, Van der Veen said crews aggressively searched inside of the home and found one victim deceased.
Firefighters had the fire under control within 20 minutes but it took a couple of hours to fully extinguish, Van der Veen said. The home was around a 1,500-square-foot, one-story manufactured home.
The WCSO and fire marshal’s office are now investigating the fire. WCSO spokesperson Deb Slater declined to comment during the ongoing investigation.
“It was a tragedy,” Van der Veen said. “A loss of life is hard on the crews but they did a great job, despite the outcome. I’m proud of them.”
This is the first fire fatality in 2022 within NWFR’s service area, which runs from north of Bellingham to the U.S./Canada border and Birch Bay to just east of Lynden.