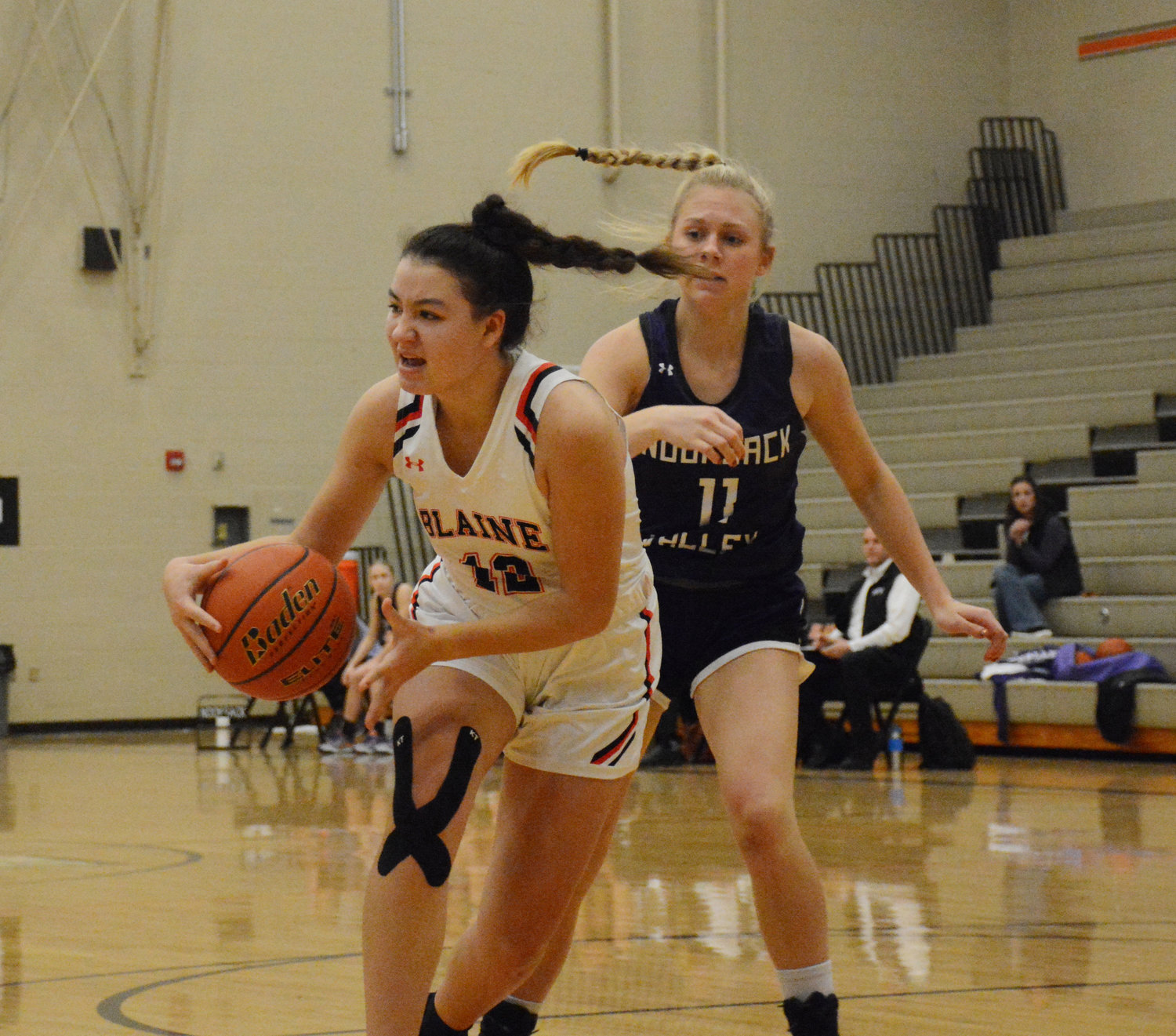 Aaliyah Bowman with the ball in the Lady Borderites’ 84-30 loss to Nooksack Valley in the Blaine High School gymnasium on January 2.
Photo by Ian Haupt
Posted Wednesday, January 4, 2023 3:10 pm
By Ian Haupt

Blaine High School winter sports were back in action this week and will continue regular conference competition through January.

The Lady Borderites picked up their first wins of the season over winter break. Blaine beat Friday Harbor 49-41 at home December 27, 2022, and Mount Baker 41-38 at the Trojan Storm Winter Tournament at Squalicum High School December 29, 2022. The girls played Lakewood in the tournament the next day and lost in a narrow two-point game, 56-54.

The girls will host Sedro-Woolley Thursday, January 5 and travel to Meridian Tuesday, January 10. Both games are at 7:15 p.m. They have an overall record of 2-8 so far this season and are 0-6 in conference.

Since losing their first game of the season to King’s High School, the Borderites have gone undefeated. Over winter break, the boys beat Friday Harbor 80-32 at home December 27, 2022, and Cedarcrest 71-53 at Everett Community College December 29, 2022. Just before break, they had a game against reigning 1A state champs Lynden Christian canceled on December 21, 2022, due to snow. They are scheduled to play the Lyncs at home later in the month, Thursday, January 26.

Blaine beat Nooksack Valley 74-60 on the road January 2 in a return to conference play. The boys will travel to Sedro-Woolley Thursday, January 5 and host Meridian Tuesday, January 10. Both games are at 7:15 p.m. They are 8-1 so far this season and 5-0 in conference.

Girls wrestling held its senior night against Lynden, Meridian and Nooksack Valley high schools January 3 in the Blaine High School gymnasium. The team is scheduled to compete in a multi-school tournament Friday, January 6. The location has yet to be announced.