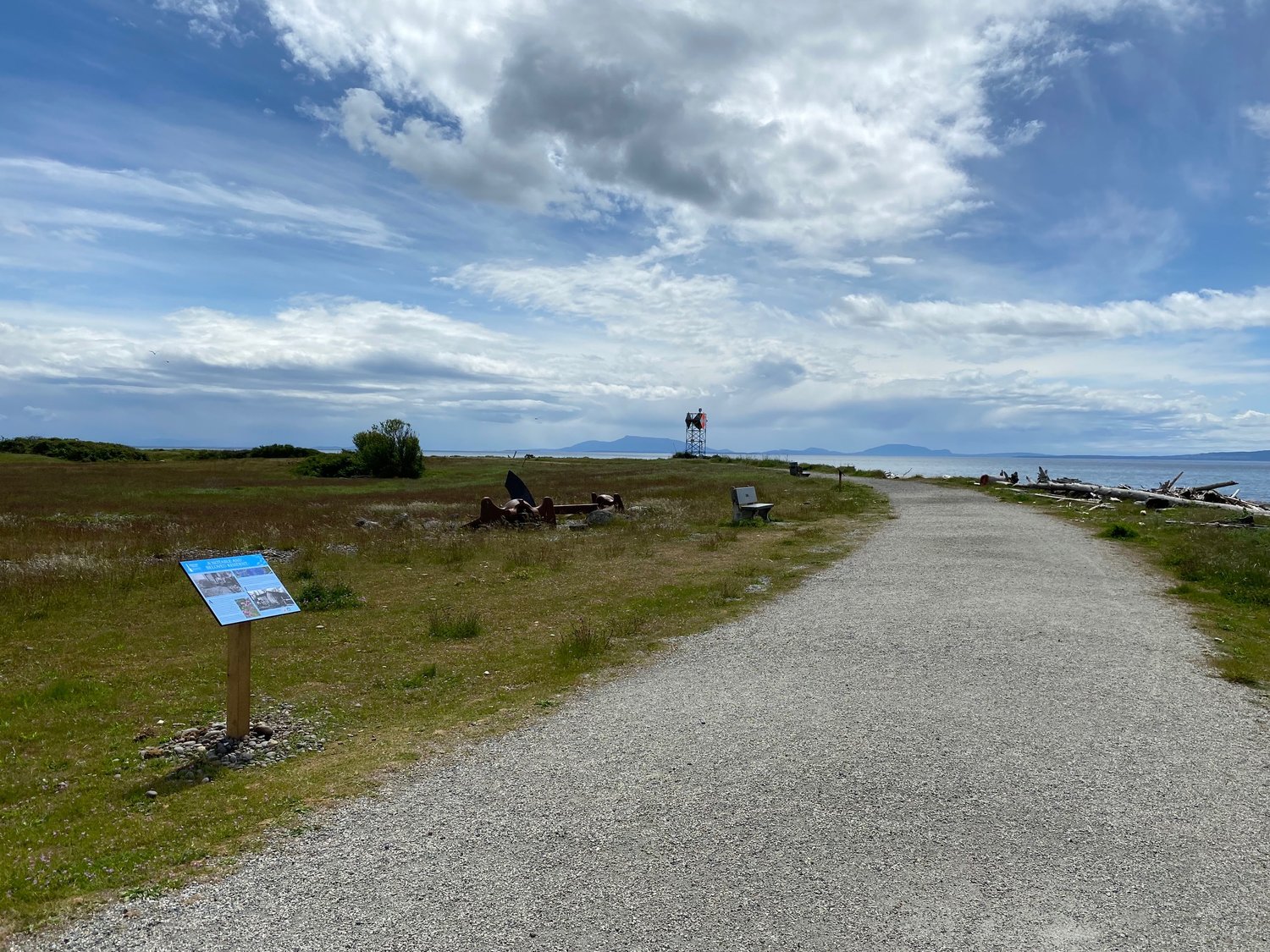 As a bi-national community, along with the presence of many visitors and newcomers, many dialects and accents can be heard in our confined geography. Indeed, it was the Point’s exclave status which attracted the attention of linguistics professor Marjorie Mann of the University of Victoria. She wrote her 1988 thesis on “Dialect Contact and Dialect Transitions: Point Roberts, U.S.A.”

Mann circulated a written questionnaire throughout the community in the autumn of 1987, and followed that up with tape-recorded interviews on the Point in early 1988. The study asked speakers from both British Columbia and Washington whether certain word pairs rhymed, how certain words such as “been” are pronounced, and a fill-in-the-blank section to see which word participants would supply, such as “tap” versus “faucet.”

Mann’s findings were startling: tiny Point Roberts has its own dialect, due to it being an exclave. This is the one place along the U.S.-Canadian border where Canadian English is encroaching into the United States, versus the other direction. She concluded that Canadians living on the Point “are retaining their Canadian speech […] and failing to acquire American speech features that occur in the Puget Sound.” Furthermore, she found that for Americans in Point Roberts, “the number of Canadian speech features and their frequency of occurrence increases as the years of residence increases while the occurrence of American speech features decreases.”

One interesting example of the language mashup found in Point Roberts was a “hybrid (word) resulting from dialect contact.” The word “chesterbed,” which is a unique mix of the Canadian term for couch, “chesterfield,” and “hide-a-bed.”

It would be interesting to conduct the study again today, to see if the spread of information technology, digital media and recent migration patterns have changed what Mann found here in the late 1980s.

If you were part of this dialect study, stop by the Point Roberts History Center to share your stories and memories. The library has a copy of Mann’s thesis.

And if you’re selling a pull-out sofa bed on the Point, call it a chesterbed with an insider’s wink.