25 years ago on the Point 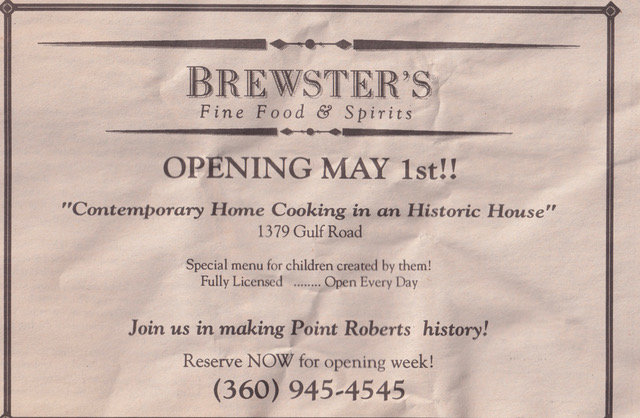 Yellowed newspaper clippings tell the story of 25 years ago. 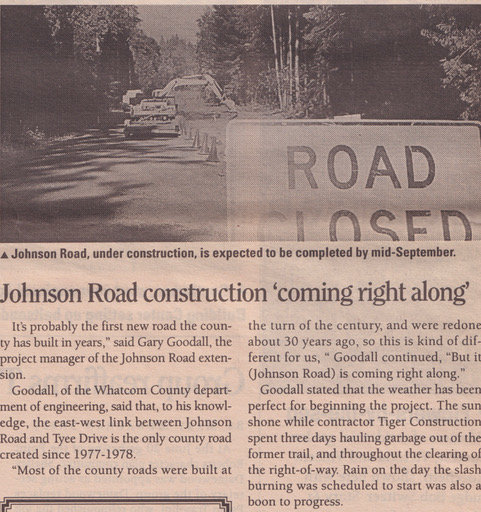 Yellowed newspaper clippings tell the story of 25 years ago.
Previous Next
Posted Friday, November 19, 2021 10:23 am
By Mark Swenson

As we come to the end of nearly two years of pandemic-related border restrictions, a glimpse back to life in Point Roberts 25 years ago can help us remember life before Covid-19.

A quarter-century ago, in what the All Point Bulletin described as “a pretty good year,” many local institutions got their start. The year 1996 saw the openings of the community center (after a major renovation), Johnson Road between Tyee Drive and Mill Road, a bank inside the supermarket, Brewster’s restaurant on Gulf Road, the second-floor Marina Club and the first cub and boy scout packs on the Point.

The community came together for the Arts & Crafts Fair, a health fair and a boating festival, volunteered for the new Adopt-A-Road program, and celebrated the 150th anniversary of the Treaty of Washington, which created Point Roberts as an exclave, “with great pomp and crowds of residents and dignitaries,” as the All Point Bulletin put it. The post office even began staying open during the lunch hour.

The “Storm of the Century” slammed Point Roberts and the Salish Sea in the latter half of December 1996, with freezing temperatures, two rounds of deep snow, a quick thaw and torrential rains. Three feet of snow fell on December 29 – breaking a 75-year-old record – and the border at Point Roberts was closed for over 10 hours. Local contractors Hank and Jeff Peltier received an “above and beyond” award from the county for snow plowing many roads on their own time until the county could get a plow in from the mainland.

Mudslides on the western, southern and eastern sides of Point Roberts destroyed five cottages, two at the end of Bayview Drive and three along the beach below Pauls Road. Thankfully, there were no injuries. Two weeks later, 15 families were still restricted from accessing their properties due to unstable slopes.

Come reminisce with us at the Point Roberts History Center, open Saturdays 11 a.m.–3 p.m., and for the holidays, we’ll also be open Sundays from noon – 3 p.m.

An interview with Margot Griffiths