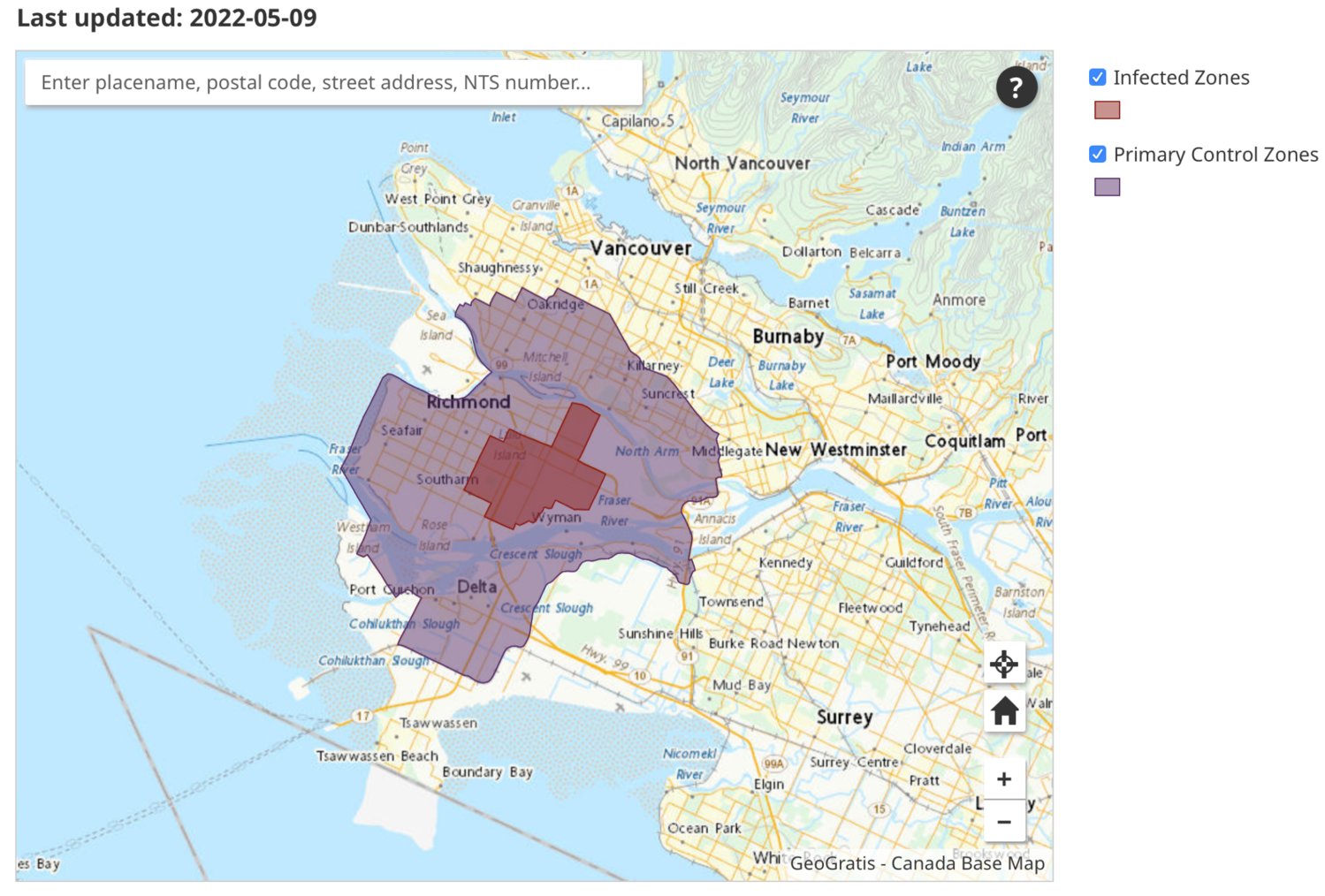 One of a number of avian flu control zones in B.C. The larger area is a control zone while the central portion is an area of infection.
Posted Friday, May 27, 2022 7:02 am
By Pat Grubb

The highly infectious H5N1 avian influenza virus, or bird flu, was detected in Whatcom County last week after recently being detected in B.C. and other Washington counties. Washington State Department of Agriculture (WSDA) reports the county’s first detection was in a backyard domestic flock May 12.

Health officials are asking bird owners to be vigilant and limit their birds’ contact with wild animals and for people to not touch both domestic and wild birds that are sick. Bird flu typically only infects birds; only one person in the U.S. has become infected by bird flu. Poultry products remain safe to eat as there is no evidence bird flu can be transmitted through food.

WSDA reports there have been 12 total confirmed cases of bird flu in Washington state since May 1. Bird flu was first reported in Washington in Okanogan and then later in Clallam, Pierce, Spokane and Pacific counties. Bird flu was detected in B.C. north of Kelowna April 13 and the province has 12 total reported cases.

To report sick or dead domestic birds, call WSDA’s avian health program at 800/606-3056. Sick or dead wild birds can be reported to the Washington State Department of Fish and Wildlife at bit.ly/sickwildbirds.

For more information on the avian influenza, visit WSDA’s website at agr.wa.gov/birdflu.

How to recycle a house

Maple Beach seawall repair – could it really be happening?