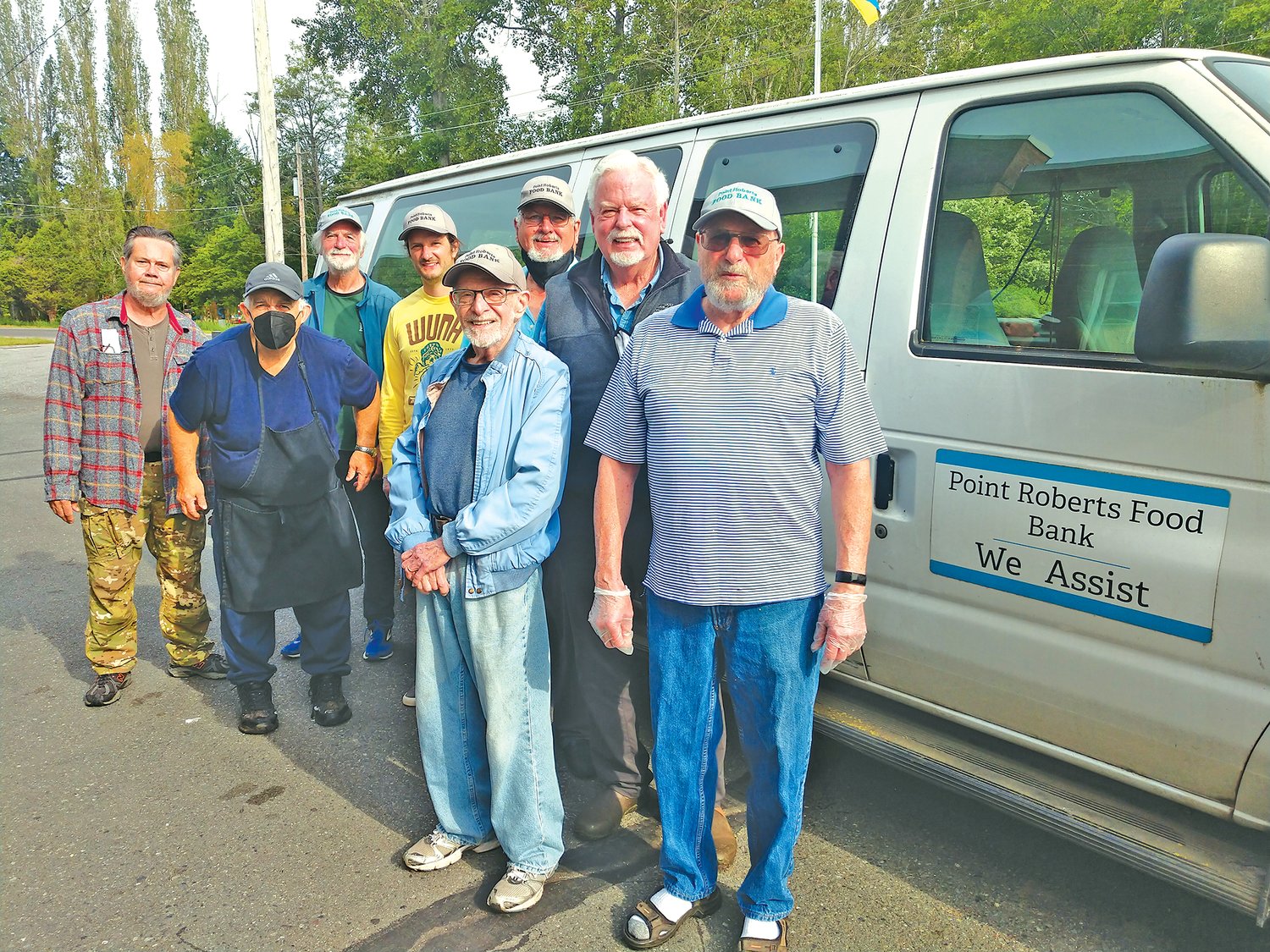 After many years of running the food bank, Henry Rosenthal decided to pass the torch on to Ray Smith last April. Henry, who celebrates his 89th birthday at the end of November, has left pretty big shoes to fill, but Smith is just the man for the job.

Smith and his wife Victoria moved to Point Roberts from Bakersfield, California in August 2021. They had never visited the Point before, but the combination of the pandemic and frequent wildfires prompted them to pack up and head to greener pastures. Smith had just retired from his job as a pharmacist and began volunteering at the food bank the first week he was here. He was thrilled to find a way to pass his recently acquired spare time and to be able to give back to the community.

Less than a year later, Smith was voted in unanimously as president of the Point Roberts Food Bank. Apart from a big title, the job came with responsibility, and a good deal of work. Smith volunteers at the food bank 20-30 hours a week. Much of that time is spent wrangling up the provisions that the food bank offers to the public at the community center on Wednesdays from 8:30 to 10 a.m.

Once a week, he drives the food bank van to Bellingham to the regional food bank and distribution center. He also heads to a grocery store to buy extra food that he can’t get at the center. There are also three stores in Tsawwassen that Smith visits a couple of times a week to pick up day-old baked goods. In the summer and fall, he will swing by Christ the King Farm to pick up fresh produce. He spends the remainder of his time organizing donations and interacting with patrons as one of the friendly faces of the food bank.

With inflation at a 30-year high and a volatile stock market, many people have had to make lifestyle adjustments. The food bank currently serves about 50 patrons a week, a 40 percent increase in the number of people than when Smith joined the food bank. Anyone who is feeling the tightening of their wallets should check out what’s on offer at the food bank. There is plenty of food, and patrons can take as much or as little as they need. Smith and the food bank are happy to serve everyone and will never ask for an income statement or a tax return.

Food bank guests are offered plenty of good quality foods similar to what is available in grocery stores. “This isn’t the last leg or the end of the world,” Smith said, adding, “If I wouldn’t serve it in my house, I don’t want to offer it to the public.” Some of the most popular items include fresh produce, apple juice, and eggs. Along with numerous healthy options, the food bank also provides processed foods like chips, candy and soda. Just because people are struggling to afford food doesn’t mean they can’t occasionally indulge in some of life’s guilty pleasures.

During their monthly meetings, Smith and the board discuss how the food bank can better serve Point Roberts. They are creating a website to increase community involvement. They would also like to offer increased hours and deliveries to those unable to drive. As the need for more goods increases, the board may consider hiring a staff member who can help out with the weekly trips to Bellingham.

A lack of dedicated space is the greatest challenge facing the food bank. They have two storage containers for the storage of dry goods. For refrigerated and frozen goods, the International Marketplace has been accommodating, allowing the use of their facilities.

By the time patrons arrive to pick up their food, volunteers have already filled the community center’s hallway with products early on Wednesday morning. The operation involves many steps including transportation, set up, and breakdown that would be unnecessary if the food bank had its own permanent space. .

The food bank relies heavily on financial donations to provide its service to the community. Donations can be brought in during food bank/senior lunch hours or mailed to 2215 Ross Road, Point Roberts; donations are tax deductible. Recently, a woman wrote the food bank into her will, and while she is no longer with us, her generosity continues to benefit those in need. Donations can also be placed in the box at the International Marketplace. The biggest food donation needs are proteins including canned meat or peanut butter and specialty foods such as vegan or gluten free items. The food bank has enough dry beans, rice, pasta, and canned soup to last a long time.

Smith works with about six volunteers and would love to expand the group. People can help with driving, sorting donations, attending board meetings and handling out food during food bank hours. Volunteers also recently helped make and serve food to the community during the latest power outage.

According to Smith, getting involved is a great way to give back to your community and make some kind-hearted friends.